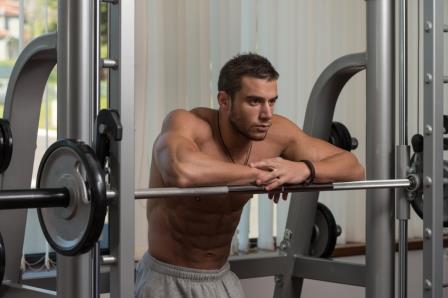 Psychologists commonly see female clients presenting with symptoms of eating disorders – but what about men?

Body image concerns and engaging in behaviour (over-exercise, food restriction, vomiting, or purging) to control weight and appearance are frequent issues for women when they come to see a psychology professional.

Some clinicians however will never see a male client with an eating disorder; in my clinical career I have only seen three or four – despite having worked in adolescent settings for many years.

Do Men suffer from Eating Disorders?

Does this mean that men do not suffer from eating disorders? I don’t think so. It is probably rarer for men to develop eating disorders with the same constellation of symptoms as women.

Clinical research suggests that about 1 in every 10 clients who present with an eating disorder are male. This is likely to be an underestimate – possibly a large underestimate – of the number of males who actually do have an eating disorder. Men are very under-represented in seeking out psychological services for all disorders, except drug and alcohol abuse. Men generally do not present with health concerns to their General Practitioner either.

More often than not, a man will only seek help, especially with psychological issues, after a considerable period of suffering and most likely because they have been forced into it by their female partner or other female relative. So, there is likely to be a large number of men, especially young men, who have an eating disorder and don’t seek out treatment because this is just the pattern that is common for males with any condition, psychological or otherwise.

Studies of populations indicate that up to 25% of people who suffer from anorexia nervosa or bulimia nervosa (different types of eating disorders) are male. An equal proportion of men and women have been found to fit criteria for binge eating disorders.

Given the factors that lead to under-diagnosis of males, it is likely that the proportion of males in the population with eating disorders is higher than has been recorded so far.

An eating disorder can develop at any age. But, males and females are at more significant risk of developing anorexia and bulimia in their teenage years and early twenties. Binge eating disorders are more likely to occur for both men and women in their mid-twenties. There is some evidence that rates of body dissatisfaction in males is increasing in recent decades and is approaching that for females.

For men, body dissatisfaction is more commonly seen as trying to have a more muscular and lean physique rather than simply losing weight. The body building and fitness culture provides a framework for insecurity in men that can leads to body dissatisfaction and the possibility of over compensation, leading to disordered eating.

Male athletes, particularly in sports that focus on weight class and the aesthetic ideal (weight lifters, wrestlers, gymnasts, dancers, body builders, etc) are more vulnerable to eating disorders. In males with eating disorders there may be increased concerns about distorted perceptions about muscle bulk fostered through over concern about muscularity.

However, the known risk factors for eating disorders in females apply equally well to males. Such things as perfectionism, being bullied, childhood trauma, and childhood obesity carry the same risks for men in being precursors to developing eating disorders.

There is also some evidence that gender preference and gender identity may be a unique risk for males, with gay men and men with gender dysphoria being somewhat more prevalent in clinical samples of men presenting with eating disorders.

Unfortunately, men can be expected to conceal that they have an eating disorder. Having a mental illness, especially an eating disorder, is highly stigmatised for males. Getting help as early as possible is, though, the best chance of properly resolving the issues. The very nature of the disorder, however, means that the sufferer is more likely to conceal and deny what is going on, perhaps especially if they are a man.

There are a number of psychological and physiological indicators that can be thought of as warning signs that a male or a female is at risk of an eating disorder. Bearing in mind that “warning signs” are not diagnostic indicators and shouldn’t be taken as evidence that any particular person has an eating disorder, below are some signs that are more likely to occur in males.

Of course there is nothing wrong with wanting to be attractive, fit and healthy.

However if the pursuit of these values is excessive or obsessive; if it leads to unhappiness and anxiety; and if the person never feels they have achieved their “goal”, then there may indeed be an underlying psychological issue. In that case, there is certainly no harm in consulting a psychologist and discussing your concerns.