Research in the field of epigenetics and mental health is leading us to believe: it may not be all in your mind!

Most people would have a fair understanding of genes and what they do, and maybe you know about the changes occurring at all levels of medicine since the mapping of the human genome was completed in 2003 and the great results arising from the subsequent research (think breast cancer).

But in case you haven’t heard about epigenetics, let’s start with some basics.

The Basics of Epigenetics

The prefix ‘epi’ means ‘on top of or added to’ and applies to an addition of some extra molecules to a gene, often called a tag or SNP (single-nucleotide polymorphism). These SNPs change the way that gene works or expresses itself. Since there are three billion genes in an individual and more than one tag can attach to a gene, the number of different expressions is huge.

We now know that not all of our genes are turned on. Imagine an MP3 with all your music, sometimes multiple covers of the same tune, and also a number of playlists – your party one, your exercise one, your relaxation one etc. Every song is a true expression of your taste but different moods are expressed by the selection in each playlist. (If you like science, check out epigenetics on www.whatisepigenetics  or www.bscb.org ).

Focusing on mental health, it has been discovered that tags/SNPs have a wide range of effects and in fact there are very few conditions determined purely by just our DNA.

We now know that our genes are not ‘hard wired’ and genetic expression of genes can be ‘switched’ on or off, or at least minimised, through lifestyle factors such as nutrition.

In many mental illnesses, such as schizophrenia and bipolar, we now know that a number of other factors play a part in their development – such as trauma, diet, exposure to chemicals, even climate and geography.

There are now ways some medical professionals can shine a light on all the causes involved with a diagnosis on a case-by-case basis. We are not there yet with fully individualised medicine but there is real advancement; sometimes something as simple as a vitamin supplement or a particular diet can make a significant difference to the overall therapeutic approach.

Specialists in this area, known as functional or integrative medicine, where the practitioner is trained in both Western and alternative protocols, are becoming numerous overseas but are not as common in Australia. However, it is worthwhile if someone has a diagnosis and all that has been tried has fallen short, to investigate with a counsellor conversant with epigenetics whether they can suggest referrals to those working in this area.

The thirty-seven year old client struggled with the condition for over fifteen years with extreme physical and mental symptoms from ovulation to the second day of menses (debilitating migraines, weight gain and lethargy, depressive episodes, irrational thoughts and angry mood swings, inability to function to full capacity with family, socially or at work).

Symptoms were exacerbated after the birth of children resulting in post-partum depression. The trial of nine different contraceptive pills and three different SSRI antidepressants had limited success. Four years of psychodynamic therapy assisted with managing psychiatric symptoms but did not address the biochemical and genetic cause.

After referral to an astute integrative doctor, non-standard diagnostic blood screening tests were conducted to measure copper, zinc, B6, B12, and folate. A urine test for the detection of pyrroles was conducted and a specific screening blood test for the MTHFR genetic mutation.

These tests revealed imbalances causing ‘methylation’ impairment. Methylation involves the activity of enzymes to break down and effectively utilise nutrients and chemicals in the body. If the breakdown and utilisation is too slow or too quick the body can’t effectively uptake and use or block what it needs.

In the instance of premenstrual symptoms, not being able to effectively methylate/use B6, B12 and folate caused the client’s progesterone to be too low and also prevented serotonin from crossing the blood/brain barrier. Too much copper and not enough zinc also caused hormonal disruption and mood disturbance.

The treatment involved dietary changes including foods rich in folate, B6 and zinc and ‘mood foods’ to build up the gut biome where neurotransmitter receptors are. This also meant removing all sources of folic acid from her diet (folic acid is the laboratory form of folate and added to all flour and cereals in Australia – that meant switching to organic bread, pasta, biscuits, cakes, cereals etc that are not generally fortified).

A tailored compounded script was also prescribed based on blood test results to give her body the individualised levels of the B group vitamins in the activated and methylated forms and zinc in a more absorbable form, so her body could effectively use the nutrients.

What can we learn from this?

This case demonstrates a number of valuable things to take into the counselling room.

Firstly, what seemed like a deterministic diagnosis with all possibilities exhausted to little avail, now opened up a picture of hope and opportunity and very real symptomatic relief.

Whilst there was still a need for counselling due to other factors that exacerbated psychosomatic symptoms, including childhood trauma, she was able to separate out what was biochemical and what was emotional rather than feeling like a muddled mess.

Improving her general health by giving her body the key nutrients she needed meant that she was now able to do the work in the counselling room – the ability to self-examine with clarity and make changes from a position of ‘can do’.

From an identity perspective, rather than being cloaked in a condition and identifying through the diagnosis she was able to work on ‘living with and managing’ a condition, separate to identity.  It was a huge relief to learn “It is not all in my head and what defines me”.

Working out exactly what genetic SNPs are at play and finding individual treatment levels is initially experimental.

In reality,  it took about 18 months to make all the changes and find the right-fit protocol in terms of diet and supplementation. It also took tenacity, effort and commitment on behalf of the client, but as she felt better, the fight forward became easier. That’s where a strengths-based counselling approach became very important to encourage her and take stock of progress.

It was also an expensive process  (an initial investment of about $1800) because a new treatment approach is not always widely accepted by the mainstream medical profession and needs to be self-funded, not covered by Medicare.

But there is a caution here too.  Genes are very complex, and we are not just molecular masses – a gene-only approach is overly scientific and could be limiting (Crossman, 2018). It is both nature and nurture that affect mental illness and genetic expression. Trauma, chemical toxicity, support factors, medical access, stress, physical illness … the list goes on and it all plays a role.

We should be careful when considering genomics as a cause of mental illness that we don’t swing too far the other way, moving us into “A Brave New World” as outlined by Aldous Huxley in his dystopian future (Huxley, 2007). We are not just a mass of genes and a multi-faceted approach to being human and being well is needed.

The take away is that real hope exists. Epigenetics is showing a way to better, more natural and side-effect free options to deal with a wide variety of neurological symptoms.

As new research findings become widespread, the face of treatment protocols will change. The awareness for therapists and their clients is that different counselling approaches may be needed at different times, and the willingness to work with other health professionals to treat the whole person will be essential.

The main thing is to find a therapist who will not tell you it’s all in your mind – it could be in your genes too! 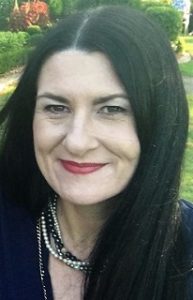 Sara Martin has a Master’s qualification, and takes an integrative counselling approach to her work with individuals, families and couples. She assists her clients with a range of issues, including trauma, life transitions, workplace stress and burnout, depression, anxiety, grief and loss, identity and self-esteem, relationship and intimacy.