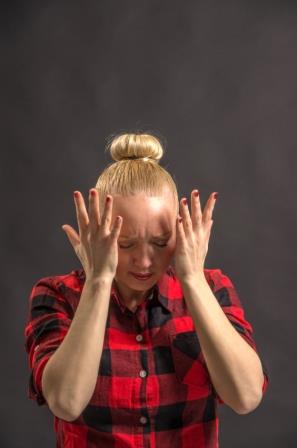 Despite many years of public education and campaigns in relation to mental health, schizophrenia continues to be a misunderstood mental illness.

When people fear that they might be going “mad” it is the symptom list of a schizophrenic illness that they point to.

In films, on television, and in books, the term “schizophrenia” is used interchangeably with “split personality”. Yet the two disorders are completely different and have nothing to do with each other. Clearly the problem is the name, since ‘schizophrenia’ is based on the greek “skhizein”(to split) + “phren” (diaphragm, heart, mind). In actuality, the splitting that is referred to in schizophrenia is the break from reality orientation that goes along with the illness – a break in the mind’s ability to judge reality from fantasy.

Schizophrenia is a serious and potentially chronic illness which is part of  the group of mental illnesses known as “psychoses”. About 1 in 100 people will develop a schizophrenic illness.

It is generally understood that genetics plays a major part in the cause of the illness, though the outcome and wellbeing of a person suffering from schizophrenia is closely connected to environmental factors – such as stress, drug and alcohol abuse, and family functioning.

Schizophrenia usually first appears in adolescence or early adulthood (though it can occur earlier or later), and there are some differences between men and women as to when a first episode usually occurs. Some people may have only a single episode of psychotic symptoms and never go on to develop a schizophrenic illness. Where a person has a recurrence of psychotic symptoms after recovering from their first episode, they are then likely to continue to have symptoms of schizophrenia throughout their life.

The course of a schizophrenic illness can be chronic – with the person experiencing repeated episodes of positive symptoms followed by periods of negative symptoms. Obviously this can be extremely disruptive to the person’s life and they may find it difficult to maintain study, work and relationships.

However, there are now many effective treatments and social supports for people suffering from schizophrenia which means that the effects of the illness can be managed and minimised. The most important treatment is medication – finding the right anti-psychotic drug is very important – though many people suffering schizophrenia find the drug regimens challenging, and failure to take medication is a common cause for relapse. Additional interventions that are useful are cognitive approaches that help the sufferer to maintain a reality orientation; stress management; education about symptom management and relapse prevention; family education about managing the illness; communication training for family and friends; support for developing or maintaining daily living; and work skills.

On the whole, the best approach to helping someone suffering from schizophrenia is a multidisciplinary one. The person should have input from psychiatrists, clinical psychologists, occupational therapists, social workers and psychiatric nurses. Whether or not they have full access to services to support them in the community depends very much on where they live, and people suffering from schizophrenia in rural and remote areas can be significantly disadvantaged.

There are a few pervasive myths about schizophrenia which can make understanding and dealing with the illness more distressing and complicated.

Myth 1 – Schizophrenia is caused by the family – particularly mothers. This is a holdover from early theories about schizophrenia that have now been proven to be unfounded. Nonetheless, many families expect to be blamed for their child’s illness and this can sometimes lead to difficulties for them in seeking and using professional help. It is true that the communication within families can be very disrupted by the time that a sufferer receives help. The communication between family members may be so disordered that it creates a really stressful environment for the person suffering from schizophrenia which increases the possibility of relapse. Family education and intervention can be very important to help with this.

Myth 3 – A diagnosis of schizophrenia is a sentence to a life of misery, poverty, and unhappiness. There are many effective treatments for schizophrenia now and, in many ways, it is no worse than a diagnosis of any chronic medical illness. Being aware of stress, early warning signs, and relapse indicators means that the person is able to participate in the management of their condition and find ways of minimising the disruptions that might occur from acute episodes. With the right medical management and family and community support, a person suffering from schizophrenia can live a rich, varied and fulfilling life.