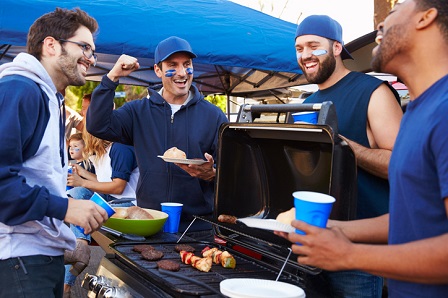 After living and working closely with Indigenous communities in Far North Queensland (Cairns and surrounds) between 2002 – 2012, I am borrowing the term ‘Men’s Business’ from the knowledge I have gleaned over the years pertaining to Australia Aboriginal lore.

‘Aboriginal ceremonies are concerned with acting out The Dreaming, its laws and stories…

Roles in ceremonies vary considerably depending on the reasons why the ceremony was being held… Some ceremonies are for men…  others were for women… Sometimes this is talked about (and consequentially defined) as “men‘s business” and “women‘s business”.

Neither men nor women possess greater needs than the other, they just coexist in different ways…’

I use the term (very loosely) here only as a headliner, with respect to Aboriginal culture, only to commence a written dialogue around my own preference as a therapeutic practitioner, in working with men around their concerns, fears, experiences or issues.

I had worked with specifically women and their children (family groupings) up until around 2010 whereupon I was asked to co-facilitate groups with other work colleagues.

The service we worked for focused on achieving positive outcomes for children affected by separation and divorce; acts and/or sustained periods of family violence could also pose harm/s. The groups tended to be informational in nature, however addressed rather topical issues such as post marital conflict and/or violence in men, and were often predominantly made up of men.

I began to listen closely to what participants were saying.

No judgement; just sharing space and listening to their experiences, of course with an over-riding emphasis placed on pro-social behaviour (ie violence is never ok, etc).

Upon returning to Brisbane in 2014, I took up a position working in a small but effective drug and alcohol recovery facility for men run in partnership with Queensland Health (QH). The emphasis was on preparing the men to return to mainstream society.

Again, recurring themes were noted that appeared connected to male role models; gender based expectations; varying pressures connected to emotions; a sense of isolation; and confusion around personal identity or associated pressures and vulnerability.

It was, and seemingly remained difficult, to ask for help to get things back on track.

As stated above by IndigenousCulture, I certainly do not suggest working with men is placed in direct competition with my equally as valuable work with women, however I have developed an interest and passion for ensuring men feel comfortable and valued during sessions, so that their voices are articulated and heard during the counselling process.

The same could also be said for the work I conduct with women!

It is difficult at times for all I suspect to discuss their inner most private moments.

Several years later, I have now transitioned to a greater Mental Health focus.

Last year I delivered crisis-driven telephone counselling services for an Employee Assistance Program (EAP). Working with men came easily by this stage, although the feedback tended to suggest telephone counselling provided a sense of anonymity that could add some sense of perceived emotional protection for the men I spoke with.

I suggest that whilst a face to face session can prove to be an initially mentally daunting endeavour, once a safe space and associated privacy and confidentiality perimeters have been established, a therapeutic alliance can be formed. We can work together to identify what is currently a source of concern, and identity a pathway to greater understanding and enhanced awareness which can often lead to solutions or peace.

Humans, male or female, were simply not designed to be, go it and remain alone.

Therapeutic conditions can provide a secure and private environment, whereby fears can see sunlight and even dissolve, in exchange for understanding, support, awareness, facts, and solutions,  and a renewed sense of future directed hope.

Leigh Fraser-Gray is an Accredited Mental Health Social Worker, with many years of experience in working with people in crisis and/or with a trauma background. She is passionate about maximising resilience in her clients, drawing on solutions focused, strengths based approaches.