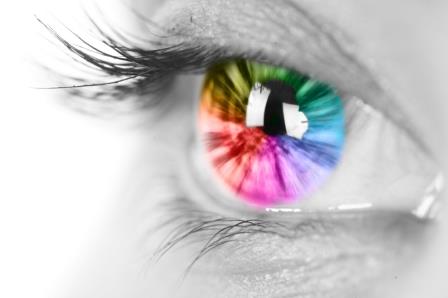 When most people think of a hypnotic trance, they imagine a situation in which someone forces them into a different state of mind and then makes them do things that they wouldn’t normally do, against their will.

This popular misconception is based on the idea that a hypnotic trance is something that can be imposed on a person, and that their behaviour when they are in a trance is in the control of the hypnotist – and outside of their ability to resist.

This misunderstanding of hypnosis is regrettable, as it means that many people are prevented, by unnecessary anxiety, from discovering the transformative power that they possess within themselves.

What is a Trance?

Trance is a state of mind that has great potential for people to be able to explore, enhance and manage troubling situations.

More than that, trance is also an experience within which people can improve their performance of skilled activities, and deepen their involvement and enjoyment in common activities.

Trance is a uniquely human skill which has great potential to improve and enrich people’s lives. Once you understand that almost anyone can do it and it is all in your control, the main question is why wouldn’t you at least have a go?

Hypnosis and trance are common historical and cultural phenomena that have probably been with humans ever since they became conscious.

Our modern understanding of trance is that it is a biological process that has been selectively adapted as a necessary and useful survival mechanism, both for the individual and for our species. It is also now well understood that the experience of trance is very much in the control of the individual, and that all hypnosis is self hypnosis.

However, trance is also a social phenomena. It is fair to say that the majority of trance experiences are ones that occur within social and cultural contexts.

Of these three, dissociation and absorption are the elements that are most determined by the individual\s innate biological capacity. Suggestibility is also an inbuilt aspect of the person, but is probably the element that is most strongly determined by the social and cultural factors involved in trance.

It’s worth remembering, however, that the engagement of dissociative and absorptive capacity is something that is influenced by the environment – and there is a great variety of ways in which dissociation and absorption can be promoted.

Dissociation, though not well understood, is essentially a process in which people can suspend their critical consciousness and engage in a simple flow of experiencing.

It is somewhat difficult to describe or define and yet this is a state that all of us have experienced at some time. The process of daydreaming, tuning out, shutting down, and simply withdrawing attention to the external world is a form of dissociation. Dissociation involves the person ceasing to critically examine what is going on around them and shifting their attention inwards.

Generally speaking, a dissociative process is one in which nothing in particular is occurring in your mind and, to some degree, you are not self-conscious. This is not a stable or clear state and most people who experience any form of dissociation will be aware of moving into and out of self awareness.

Despite some earlier understandings of dissociative experiences as simple precursors to trance, there is some evidence that simply experiencing dissociative states has health benefits. There is even some evidence that we are biologically programmed to shift our focus of attention inwards periodically throughout the day in a cyclic manner. This has been termed an “ultradian” rhythm, somewhat similar to a circadian rhythm. This makes some sense in that living every day involves processing enormous amounts of information, and places a lot of stress on us. It seems that human beings have evolved the capacity to withdraw and shut down access to perceptual reality in order to “take a break”.

Dissociative abilities are probably present in most people; however, the degree of dissociative ability varies. Some can dissociate easily and to a very high degree; such individuals have been identified as “fantasy prone”.

No doubt, there are also some people who have little or no capacity to dissociate. Dissociation is a fundamental defence mechanism that helps people to deal with both psychological and physical trauma in quite profound ways. The most common sorts of things that people experience are distancing from events, time distortions, and memory disruptions. Dissociation helps people to go into an automatic mode in order to deal with high stress situations, so that they are not overloaded and debilitated.

In some circumstances, particularly where there is ongoing and inescapable physical or psychological trauma, people will develop chronic dissociative states.

Absorption is another process that seems to be a biological precursor to trance.

Essentially, absorption is the capacity to become fully involved and engaged in an activity such that awareness of external reality is diminished. This is commonly experienced by people when they are reading or watching films and television. It is something that many people experience when they are listening to music. People also describe this happening when they are engaged in a task which involves skill or ability, or when engaged in physical activity or sports.

To take reading a novel as an example, many people will describe becoming so involved in the text that they generate realistic and engaging imagery to such a degree that they are unaware of the passage of time and of events going on around them. Of course, people vary to the degree to which they can become absorbed and this is more or less dependent on the activity or task that they are engaged in. Nonetheless, some people can very easily become absorbed in their imagination and others find that this is more difficult.

Many of the experiences that people have when they are engaged in dissociative absorption form the basis of trance phenomena. These experiences include a lack of awareness of external reality, time distortions, gaps or disturbances in memory, hyper-real experience of imagined events, a profound sense of peace or deep relaxation. These sorts of experiences can be enhanced and harnessed within hypnotic trance. In Western hypnotic tradition, the dissociative/absorptive experience is directed or managed using suggestion.

Suggestibility also seems to be something that is innate and to some degree biological within individuals. It is very likely that suggestibility is the basis for our social functioning.

As the term indicates, someone who is suggestible is someone who is likely to get along with the group. Suggestibility does not mean “gullible” but, rather, that a person is more likely to agree with or take on group norms.

It is important to think of suggestibility as not just doing what you are told. Rather, it indicates a sensitivity to cues in the environment, such as what sort of behaviour is expected or acceptable. In this way, suggestibility has survival function within a group insofar as group members need to be able to read and adapt to the expectations and norms of the group, in order to remain in the group.

From this it follows that “suggestion” is not simply a verbal directive or command. Suggestion is better understood as a social and cultural context which people are more or less sensitive to. Think about how much pressure there is in our culture to respect the queue. If you “jump” the queue, whether accidentally or deliberately, there are all sorts of social pressures brought to bear to bring you “back into line”. Some people are acutely conscious of these while others are completely oblivious – sometimes deliberately (the “rebel”) or by their nature.

Harnessing the Power of Trance

The experience of trance is a very human one. There are some built-in biological capacities, dissociation and absorption, which predispose people to being able to experience trance phenomena. It’s very likely that most people experience common everyday trance multiple times throughout the day. Any time that you are feeling tired and close your eyes and engage in a bit of daydreaming, is a time when you are engaged in a level of dissociative experiencing. The nature of the daydream that you might experience – and the intensity – is a function of the suggestions or cues that exist in your environment and your capacity to become absorbed.

What we know is that the deliberate harnessing of trance experiences as a way of dealing with problems or enhancing experiences is something that most, and probably all, people can learn.

In doing this, you can access a powerful personal skill, to enable change and learning in a whole range of fields.

Dr Alistair Campbell is a Clinical Psychologist working with individuals, couples and families. His favourite way of working with clients is using hypnosis and trance to enhance change processes, however he is trained and experienced in a wide range of therapies including Systemic; Solution Oriented; Narrative; Cognitive; and Behavioural approaches.