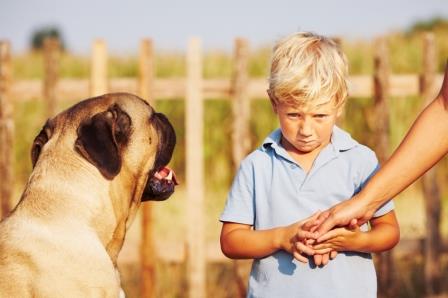 Is the thought of creepy crawlies in their bedroom keeping your child up at night? Or maybe it is a fear of birds or dogs, stopping them from enjoying the great outdoors?

Many children love animals and have a special bond with their pets. Some children however, are not as comfortable around animals as their peers.

A certain amount of fear around animals such as snakes or spiders is relatively common, even among adults. The fear of animals most often develops naturally at around age 3. As the child grows and develops, the fear slowly diminishes as they become more exposed to and familiar with different animals.

In some children however, fear of animals may grow to a state where it begins interfering with the child’s social activities, school performance or sleep.

Zoophobia or animal phobia is a class of specific phobias that is characterised by an extreme and irrational fear of any or all animals. It is normal to fear certain animals like bears or sharks as these fears would not normally hinder our daily lives. However for an animal phobic, simply knowing that an encounter with a specific animal can invoke so much fear, will lead them to change their plans just to avoid the possibility of encountering that animal.

Symptoms of Animal Phobia in Children

Does you child exhibit any of the following symptoms?

Animal phobia can develop in a number of ways:

What Not To Do

Most parents think they are helping, but pushing a child too quickly can have the opposite effect:

Therapists will help your child to overcome frightening phobias through a range of strategies. The strategies may depend on your child’s age, emotional tolerance and ability to engage with others; some of the techniques that may be used to help your child overcome their fear include:

The good news is that animal phobia in children can be managed, and most can be cured. Don’t let animal phobia interfere with your family’s life any longer; by starting treatment today, you and your child will be on the way to living the life you want!