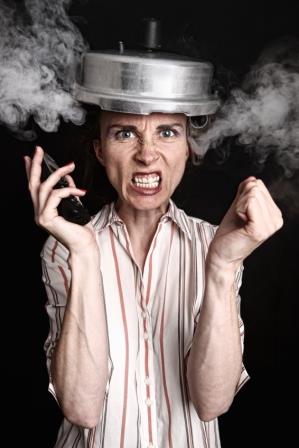 Having a diagnosis of Borderline Personality Disorder can be a misunderstood, confusing label which often carries a lot of stigma.

It is thought that the term ‘borderline’ comes from the description of a person being on the ‘borderline’ of psychosis. Psychosis, put simply is a losing touch with reality.

Having Borderline Personality Disorder causes intense suffering for the individual, and those close to them.

There will be struggles and instability in many parts of the person’s life, such as relationships, sense of self, expressing emotions, employment, managing impulses and addictions. Often the individual’s general safety will be in jeopardy due to engagement in high risk behaviours such as self harming, alcohol bingeing, disordered eating, and even risk of death by suicide.

Borderline Personality Disorder is a serious mental illness, and diagnosis is usually made by a psychiatrist in accordance with the criteria set out by the American Psychiatric Association Diagnostic and Statistical Manual.

Having just a few of the symptoms below does not mean you have Borderline Personality Disorder. A diagnosis can be made when at least five out of the nine criteria are met; and an accurate diagnosis is essential in order to know the best treatment plan. Like all mental health presentations, each individual with a diagnosis will have different degrees of severity, and their own unique characteristics.

Borderline Personality Disorder describes a pattern of instability across a wide range of areas in a person’s life, including:

The causes of Borderline Personality Disorder are complex but can be explained through a bio-psycho-social model; this means there can be a biological or genetic predisposition. Psychological factors play a role due to the impact on a person’s mental health and wellbeing of, for example, neglect or trauma. A difficult environment, such as one that is not validating, is common. It’s a combination of these factors that can contribute to the development of behaviours and ways of thinking that is called Borderline Personality Disorder.

Here are a few facts about the condition:

Many people who tell others or seek treatment for their self-harm have been told “you’re just attention seeking”.

A person with Borderline Personality Disorder may come into regular contact with public and private mental health services, hospital Emergency Departments and GP practices due to their self-harm injuries, suicidal urges or even suicide attempts. This can cause an understandable amount of concern/stress for everyone involved including the health practitioner due to feelings of shock, helplessness and sometimes anger.

Those who do not know much about Borderline Personality Disorder may describe the client as “attention-seeking” or “manipulative”. In reality, this is far from the truth. Many individuals who hurt themselves and are in chaos do want to stop but lack the knowledge and skills to do so. It’s simply unhelpful to dismiss or express anger toward a person who has hurt themselves as it will contribute to a more intense negative sense of self, guilt and low self-worth, which in turn may precipitate further self harming.

People with Borderline Personality Disorder need to be treated with the same care and compassion as any other person seeking health treatment.

Psychotherapies or talking therapies are regarded as the recommended treatment for people with BPD (Stoffers-Winterling J. et al, 2012); many people with Borderline Personality Disorder recover within 2 years.

At 10 years post-diagnosis, up to 85% of people have a remittance of symptoms (Gunderson J, 2011). A non-judgemental compassionate approach, such as the principles found in Dialectal Behaviour Therapy (DBT), can help a person to recover, reduce suffering, cease self-harming and go on to live a life worth living.