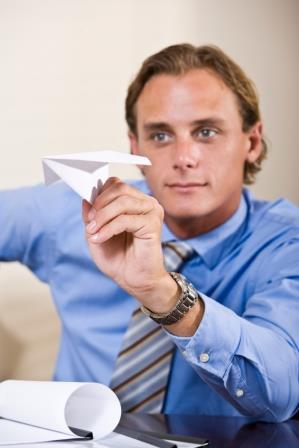 A differential diagnosis is the distinguishing of a particular disease or condition from others that present similar symptoms.

So how do we distinguish between ADHD (a person with ADHD has difficulty paying attention, controlling impulsive behaviours and keeping thoughts on track) and other possible diagnoses: such as depression, anxiety and bipolar disorder?

Characteristic symptoms of a major depressive episode may be difficult to differentiate from ADHD symptoms.

For example, both disorders are characterised by a reduced ability to concentrate, an inner feeling of restlessness or physical agitation, low self-esteem and sleep disturbances. This makes it difficult to diagnose ADHD in the presence of an ongoing depressive episode. However, symptoms related to depression should remit in periods between depressive episodes, whereas symptoms of ADHD should be present continuously.

Anxiety is clearly associated with inattention, and there are overlapping symptoms between ADHD and generalised anxiety disorder.

ADHD patients will often have strong emotional reactions that may mimic panic attacks.

Furthermore, onset of anxiety symptoms is common in childhood, and the age criterion may, therefore, be less useful in distinguishing anxiety disorder from ADHD. If possible, it may help to identify the direction of symptoms, for example, whether it is a primary inability to concentrate and not to get work done (ADHD) that causes the stress and anxiety or the opposite.

According to current diagnostic criteria, both ADHD and bipolar disorder (BD) are characterised by symptoms involving dysregulation of energy, activity, affect and impulsivity.

The episodic versus the chronic nature of BD and ADHD, respectively, has been considered to be a main factor in differentiating the two disorders in adults. However, there is now increasing evidence that affective temperaments, life-long dysregulation of mood, and other chronic symptoms are important parts of the phenomenology of bipolar spectrum disorders.

In addition, increased motor activity has been found to be even more characteristic of hypomanic episodes than elevated mood. A detailed history of symptom appearance may be helpful in differentiating the two disorders, as the age of onset is generally lower for ADHD than for BD. It has become increasingly difficult to categorise many patients with a mixture of mood instability, impulsivity, irritability and restlessness into clearly defined ADHD or bipolar disorder.

It is clear that accurate diagnosis by a mental health professional – such as a clinical psychologist – is essential for effective treatment of adult ADHD or any of the conditions with similar symptoms.

David is a Clinical Psychologist, with a keen interest in working with older people and their families. He strives to provide a safe environment for his clients to explore their issues and, with assistance, develop new techniques which will help them change their unproductive behaviours. The aim is to have a happier life that assists people reach their relationship, personal and life goals.

Dr David Wells is currently on extended leave. If you would like to book with an alternative clinician with similar expertise, you can call Vision Psychology Brisbane on (07) 3088 5422.