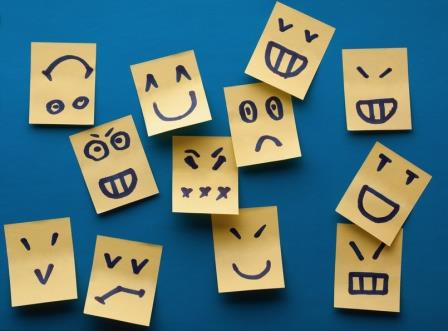 Emotions are part of human nature. They give us information about what we are experiencing and help us know how to react. Emotions are experienced from the time you are born. Infants react to their emotions with facial expressions or actions such as cuddling or crying, but are not yet able to name the emotion or why they feel the way they do. As children get older they begin to identify and explain the way they feel. But why do people have emotions? What do they communicate? Emotions have a significant effect on people, but what is it all for?

‘An emotion is a complex psychological state that involves three distinct components: a subjective experience, a physiological response, and a behavioural or expressive response’

(Hockenbury & Hockenbury, 2007). Researchers have found that although there seems to be a number of universal emotions experienced by everyone, emotions can be highly subjective ranging in strength and dimension. Emotions involve physiological responses such as tensing muscles, changes in heart rate, breathing rate or skin temperature. Each emotion triggers a distinctive physiological reaction to help us deal with different situations that arise. For example, as you become angry your muscles tense up, your heart rate accelerates and your face may flush as increased blood flow enters your limbs and extremities in preparation for physical action. The behavioural response or expressions of emotions are generally universal such as smiling when you feel happy. However, cultural rules also play an important role in how we express and interpret emotions. For example, in Japan people tend to mask displays of fear or disgust when in the presence of an authority figure.

From an evolutionary perspective, emotions played a role in survival. When people shared their environment with dangerous predators they needed emotions to help them act quickly in dangerous situations. If faced with a wild animal such as a bear, it was more effective to experience fear so strong that it triggered adrenaline to help them run away than to stay where they were and critically analyse their best move. People developed an emotional system because it could stimulate quick responses to danger.

Today, emotions still serve a purpose in helping to protect us, but they also serve other functions such as:

Emotions play an essential role in everyday life. Sometimes they can be difficult, overwhelming, confusing or scary. It is important to listen to what our emotions are telling us. When we do not tune in to our own and others emotions, psychological and social problems may develop. If you allow your emotions to be there without trying to suppress, ignore or hide them, you will find that they are there to guide, teach, warn and protect you. So why not spend some time getting to know and understand your emotions.