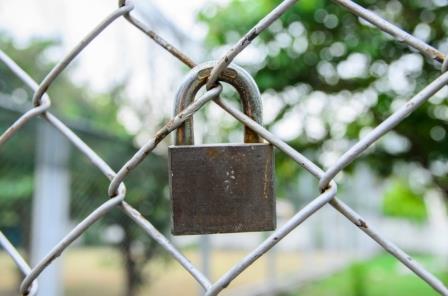 Defence mechanisms are psychological strategies used to cope with reality and maintain self-image. They safeguard the mind against feelings and thoughts that are too difficult for the conscious mind to cope with.

Defence mechanisms are usually unconscious and generally involve concealing internal drives or feelings that threaten to lower self-esteem or provoke anxiety. They can be healthy or unhealthy, depending on the circumstances and how much a person uses them. The greatest problems arise when they are overused in order to avoid dealing with problems.

Denial – is one of the most well-known defence mechanisms used to protect the ego from things that people cannot cope with. Denial is used when people are faced with a fact or situation that is uncomfortable or painful to admit, so instead they refuse to admit, despite overwhelming evidence. Denial is particularly prevalent is addiction. Drug addicts or alcoholics often deny that they have a problem.

Displacement – involves taking out your frustrations, feelings and impulses on people or objects that are less threatening. It shifts sexual or aggressive impulses to a less threatening target that can serve as an emotional substitute. For example, an employee is frustrated at his boss for getting him in trouble for something he didn’t do. Not wanting to direct his anger towards his boss for fear of being fired, the worker goes home and yells at his dog.

Intellectualisation – uses reasoning to block out emotional stress and conflict. Thinking about the intellectual components of the situation helps to distance people from the anxiety-provoking emotions associated with the situation. For example, a person who has been diagnosed with a terminal illness may try to learn everything about their disease, its prognosis and treatment options. They may also talk about it in scientific terms as a way to avoid distress and remain distant from the reality of the situation.

Rationalisation – involves explaining an unacceptable behaviour or feeling in a rational or logical manner, avoiding the true reasons for the behaviour. Basically, rationalisation is about making excuses for your mistakes and in doing so avoiding self-criticism or criticism by others.

There are two types of rationalisation, the first is named “sour grapes” after Aesop’s fable about the fox who said that the grapes out of reach were sour anyway. An example of “sour grapes” is a student who fails to get into medical school and justifies herself by saying “I didn’t really want to be a doctor anyway”.

The second type of rationalisation is the “silver lining” which involves believing that everything happens for a reason and that you should always look for the good in a situation. For example the student who did not get into medicine might say, “I didn’t get into medicine but now I have time to find my true passion”.

Projection – involves attributing your own unacceptable or undesirable thoughts, motivations, desires or feelings onto another person (or animal). For example, an employee may dislike his colleague but he has a value that you should like everyone. Instead of admitting his dislike, he may project his dislike onto his colleague so that his conscious thought is “My colleague doesn’t like me”, instead of “I don’t like my colleague”. Projection reduces anxiety by allowing thoughts or feelings to be expressed, but in a way that the ego cannot recognise it.

Reaction formation – reduces anxiety by replacing unacceptable emotions with their direct opposite. For example, a teenage girl may treat someone she dislikes in an excessively friendly manner in order to hide her true feelings.

Regression – involves abandoning coping strategies, and reverting to patterns of behaviour used in an earlier stage of development. When confronted with anxiety people often become more childish. For example, under stress an adult may cry and curl up in bed in the fetal position.

Suppression – is the conscious or semi-conscious decision not to dwell on, or express, a particular thought or feeling. Suppression permits people to concentrate on a current task by temporarily removing a disturbing thought, feeling or impulse from awareness so that it can be dealt with at a more convenient time in the future.  For example, prior to taking action a man who feels angry takes deep breaths and counts to ten. By suppressing his anger for a short time the man is able to come back to the feeling and may be better able to deal with the situation.

Repression – is similar to suppression in that a thought or feeling is not expressed but unlike suppression, repression is an unconscious process that involves forgetting or unawareness of external events or internal thoughts, feelings or impulses. Because repression is unconscious it manifests itself in other ways, often not noticeable to the person repressing it. For example, a repressed sexual desire might resurface in the form of a nervous cough.

Sublimation – is the redirecting of unacceptable impulses into acceptable activities. For instance, a man who is feeling angry may focus his energy on boxing as a way to vent his frustration.

Unacceptable urges and uncomfortable memories banished to the unconscious do not just simply disappear; they continue to exert their influence on behaviour. These forces or defence mechanisms are a part of our everyday life and one of the most common ways to cope with unpleasant thoughts, feelings and emotions.

Psychodynamic therapy is one type of therapy psychologists use to help individuals deal with imbalanced defence mechanisms that are resulting in neuroses such as anxiety, phobia, obsessions or hysteria. Psychodynamic therapy focuses on unconscious processes and their manifestation in an individual’s current behaviour.. The focus on unconscious processes helps individuals gain insight into their present day lives and problems and evaluate the patterns they have developed over time. Recognising these patterns helps individuals see the ways they avoid distress or develop defence mechanisms as a method of coping and assists in the process of change and growth.