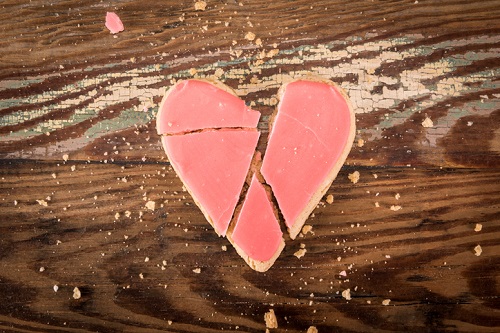 A break up can be a traumatic time in our life, and almost every one of us will experience it sooner or later.

It could be compared to a tsunami – because in a very short period of time, our life can change radically.

Why is it so Hard to Recover after a Breakup?

The first thing is to accept the reason behind the breakup. Quite often because we are in so much pain we do not want to hear the simple reason that the other person has given us such as “I am not in love anymore”.  We need to accept this reason in order to start moving on.

It doesn’t help that we tend to idealise the other person after a breakup. Our brain will trick us and we will remember all the good memories and the beautiful smile of our ex. We cannot think properly – but more importantly we can’t seem to balance those thoughts out with what the relationship was like in reality.

Following a breakup, it is common to feel that we do not know who we are anymore. A breakup leaves so many voids in our lives; recovering means we need to recognise these voids and fill them in other ways. For example, we may feel voids in our identity such as Who am I? and What is life about?

To illustrate my point, let me share a story:

I caught up with one of my friends who had just broken up with her boyfriend. From my perspective, their relationship was working pretty well and I was as surprised as she was when she told me that he left her all of a sudden.

My friend is a very independent woman, but she felt devastated and I could barely recognise her. She was telling me that she was feeling lonely and she did not know what do to anymore, and she was afraid to go through all the challenges that were waiting for her without him.

I encouraged her to reach out for help, and reminded her that she was not alone and social support was important for her recovery. She knew she needed help but she felt vulnerable and stupid for not being able to manage her breakup on her own.”

Her story really hit me and reminded me of how hard it is to ask for help, and how harsh we can be on ourselves. Asking for help is not a sign of weakness; it is actually the opposite.

The 4 Stages of a Breakup

We could describe a breakup in four stages:

Keep in mind that we are all different. Some people will recover from a breakup in one month, while others will need six months or a year. The healing process can be long and painful. Listen to your body and emotions, but more importantly take the time necessary for you.

Heartbreak shares all the hallmarks of traditional loss and grief such as insomnia, intrusive thoughts, immune system dysfunction, and depression. It impacts us in multiple ways.

However we do not need to suffer through such a major transition in our lives alone. We can reach out for help to a mentor, friends, family or a psychologist.