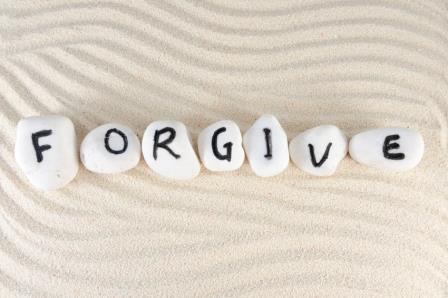 Dr David Wells, Clinical Psychologist, explores the concept of Mindful Forgiveness and how it can help when a relationship has broken down after a breach of trust.

In my time working in couples therapy, I often hear comments by injured parties such as:

Something serious has happened that has broken a cherished assumption about the relationship; an assumption that has survived intact up until now.

This final assumption-breaking violation to the relationship could have been caused by infidelity; deceit such as hiding gambling losses; or any manner of other traumatic occurrences. It might not have one cause but a string of causes; a final break of trust too far.

Such occurrences cause significant instability within the relationship and can cause harm both to the offended, but also to the offender. Strong emotions can be evoked such as anger, depression, resentment, guilt, shame and many other emotions.

Traumatised partners – the ones that haven’t already upped and left – want or are stubbornly determined to fix the damage that has been done to the relationship. They, normally the injured party, often want to be able to forgive or at the very least to move on with their lives. The injured party often tells the therapist that they don’t know how to forgive.

Yet when examined, forgiveness has happened mindlessly for most of the relationship. Being late home, not doing the laundry, getting drunk, making fools of themselves at parties are all mindlessly forgiven. No effort involved normally, just give it a week or two and hey presto forgiven; probably not forgotten though.

The difference now is that the forgiveness is being thought about. It is going to have to go from mindless forgiveness to more mindful, hard-work forgiveness and it is that type of forgiveness that is unfamiliar. “How do I forgive?” ”How do I do that?” “How do I move on?”.

Mindfulness is a current buzz word within the psychotherapy world. Although the basis of it rests in the religious / spiritual world, mindfulness is gaining acceptance as an aid to coping with the stresses and traumas of everyday life.

Mindfulness as defined by Russ Harris in “The Happiness Trap” is: “the conscious bringing of awareness to your here-and-now experience, with openness, receptiveness and interest”. According to Harris, mindfulness is:

How can Mindful Forgiveness help?

It is normal to be angry with what has happened (especially if it was an affair). Some shouting, screaming etc. by the wounded party would probably also be expected.

However, that anger can be very detrimental if you are trying to fix the relationship and move forward with it.

If you have left the relationship, then the only person being hurt by the anger – is the person with the anger.

Being stuck in the past beyond the time when doing so would be useful (and as part of treatment), to continually seek revenge or to injure your partner, would also not be beneficial when trying to fix the relationship. Acknowledging the hurt and the pain is useful, but to be stuck with it beyond where it was useful would not be.

Shinzen Young in his publicly available works on mindfulness discusses the CCE of Mindful Awareness. It is about finding the:

Mindfulness reduces sensory overload by allowing a person to ignore sensory challenges, or to at least break them up into more manageable pieces.

To reconcile is merely to stay together, some say provisionally, with the aggrieved partner accepting the fact of the break in trust and agreeing to stay in the relationship on proviso it does not happen again (Bagarozzi, 2008). This may be a financial decision, because of the children, or just because it is easy. It may even be until some event in the future such as until the children leave home. To reconcile is perhaps not quite as stable as to reconcile and to forgive.

McCullough, Worthington and Rachal (1997) say that forgiveness is a modification in the motivational state of both partners (to not hurt each other anymore, to be more caring about the other’s needs) leading to a decrease in relationship-destructive behaviour and an increase in relationship healing behaviours.

Forgiveness is for the couple to work on. The betrayed has the most obvious stage to work on, but the betrayer also needs to learn skills and techniques to help them with the forgiving process.

Remember the biggest part of forgiving is for YOU. The act of forgiving releases youfrom the anger, pain, resentment and many other hard negative emotions that you hold on to – and that continue to cause you harm. It releases you from the continued hold of the aggressor’s actions.

It is probably perfectly normal to think this way to begin with.

But as time goes by, I believe it is necessary to start thinking about your future. Do you want to live in a relationship where one party has proven they can break the biggest of trusts? What do you want for your future? Are you staying just because there is nothing else on offer, and it is easier to stay than to go?

If you can live with a partner who has broken the ultimate trust then do so. If you cannot, then get out now. Short-term misery may lead to long-term happiness.

Also remember that you may be able to forgive, but you don’t have to continue with the relationship.

It might help to take some time to ponder the following questions:

If trust has been broken in your relationship, or you would like to find out more about mindful forgiveness, I welcome you to make an appointment with me.

David is a Clinical Psychologist, with a keen interest in working with older people and their families. He strives to provide a safe environment for his clients to explore their issues and, with assistance, develop new techniques which will help them change their unproductive behaviours. The aim is to have a happier life that assists people reach their relationship, personal and life goals.

Dr David Wells is currently on extended leave. If you would like to book with an alternative clinician with similar expertise, you can call Vision Psychology Brisbane on (07) 3088 5422.