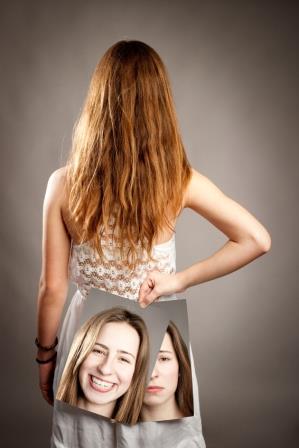 What does the term ‘split personality’ mean?

If you did a search on Google, it would mostly return links to dissociative identity disorder, a mood disorder or schizophrenia.

What is Dissociative Identity Disorder (DID)?

Previously known as multiple personality disorder, DID is frequently found in the aftermath of trauma, and is characterised by the presence of one or more distinct personality states. In many cases, each alternating personality performs a particular role for the person (i.e. to deal with intense emotions such as anger or fear). This switching allows the distressed to retreat while the ‘alter’ who is more competent to handle the situation emerges. The person is usually not aware of these different states and experiences them as memory lapses. The disorder however, is rather rare and occurs in roughly .01-1% of the population.

‘Split personality’ has also been used interchangeably with schizophrenia, which affects roughly 1% of the Australian population. It is often incorrectly used largely due its misrepresentation in popular media. Schizophrenia is a complex brain disorder characterised by disruptions to thoughts and emotions, and a distorted perception of reality. Symptoms can include hallucinations, delusions, disorganised thought and behaviour, and a lack or decline in emotional response. However, sufferers do not have a ‘split personality’.

What about a Mood Disorder?

It is more likely that the term is used in everyday conversation to describe character traits, such as someone who is two-faced, or tends to have frequent severe ’mood swings’. Conditions such as Depression or Bipolar disorder are much more common disorders which affect both men and women. The episodes that occur with depression can affect how a person reacts to relationships and events around them. Feeling sensitive and angry are common experiences with depression, however on days when depression lifts, a person can also appear happy and content.

Bipolar disorder occurs in about 2% of the population and is a condition in which a person experiences alternating moods of elation and depression. During a manic episode, the person might have irrational beliefs regarding the amount of work they can accomplish in a short amount of time, talk at a faster pace, or engage in reckless behaviour. This is followed by a depressive episode in which the person will crash into a period of extreme sadness and lethargy.

What about Personality Difficulties?