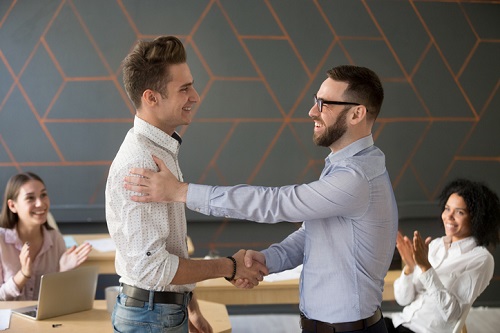 A summary of Adlerian theory, and why it matters …

Alfred Adler was born in 1870, a time when the seeds of psychology were beginning to take root.

Adler had a career in ophthalmology and general medicine before moving to psychology. He served as a doctor in the First World War before opening child guidance clinics across Vienna, and later an Institute for Child Guidance in New York.

As antisemitism began to rise in Eastern Europe and his child guidance clinics closed, Adler moved to the United States where he lectured. Adler died in 1937 but his work continues to impact the practice of psychology and other fields such as counselling.

At the beginning of his career, Alfred Adler worked with Sigmund Freud and was part of Freud’s inner circle. As their ideas started to diverge, Adler left Freud’s inner circle and continued to work on his theory of Psychology which become very different to Freud’s theory.

Alfred Adler’s theory is known as Individual Psychology. The term “individual” is bit of a misnomer in today’s language – a better term would be “holistic” as his theory goes beyond the individual, and into how society, and an individual’s upbringing, can impact them.

The Strengths of Adlerian Therapy

From the beginning, Adler’s theory was practical in nature – as seen in his child guidance clinics.

Even when working one-on-one, Adlerian psychology allows for short, goal-oriented therapy, putting psychological support within reach of many who could not afford years of psychoanalysis. Adler’s approach was also teachable as seen in the 22 child guidance clinics created between 1919 and 1927, with several more created in later years until they were all forced to close.

Adler also acknowledged the role of birth order and described how one’s birth order influenced their personality. Keep in mind this was 50 years before Dr Kevin Leman released his book on the same topic and through which a lot of people have learned about the potential effects of birth order.

These are just some of the aspects of the Adlerian approach and for those familiar with Freud’s work which dominated the psychological world at the time, it is easy to see just how different the approaches are, and why Freud would disagree with Adler’s theory.

If you are a counselling or psychology student, then there is a good chance you have briefly heard of Adler but nothing in detail. This was my experience, Adler’s theory was on one, maybe two slides in all my Master of Counselling and yet he intrigued me by being the first founder of a theory who applied his work for the betterment of the community (his child guidance clinics) that I am aware of.

The impact of his approach though might be more widespread than what you may realise:

While indirectly Adler’s work has influenced contemporary practice in psychology, his theory can also be considered the first in positive psychology.

If you have never studied psychology or counselling, then I doubt you would have heard of him. Rather you would be familiar with approaches, such as Cognitive Behavioural Therapy, which were impacted by his approach.

So why the lack of recognition?

One of the leading theories why Adlerian theory is not well known, is because it was so forward thinking and against the then-current views in psychology (primarily Freud’s) that it did not gain momentum as it should have. Rather, his theory aligns with current practice is psychology – where there has been a move from a problem-focused approach to a more positive, health focused approach. I suspect if Alder thought of his theory in today’s world then a lot more people would know of it.

Why does it matter? Psychology and counselling appear to be doing fine without Adler’s theory or acknowledgement of his work.

There are two main reasons why I think it matters:

Caveats: As with many theories, Adler’s original theory is slightly outdated and some parts redundant. But his theory, also like many others, has continued to be worked on since his death to bring it into alignment with today’s world.