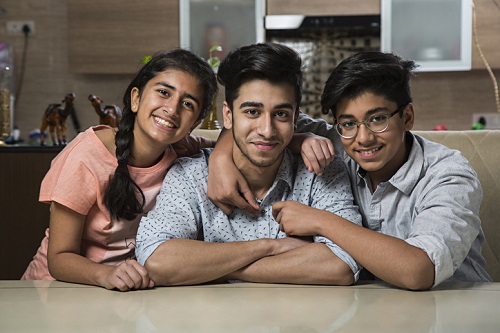 It is common knowledge that different cultures have different ideas about family structure, and different expectations about the roles within the family; it has been a long tradition to study the role of the family around the world.

The structure of the sibling group is another important element in family structures that determine individual responsibility and outcomes (Steelman, Powell, Werum, and Carter, 2002).

Many researchers stress the somewhat different effects of birth order and gender composition of siblings on responsibility and opportunity of education, for different countries and cultures (Greenhalgh, 1985; Post, 2000). Knowing how our past affected us as we matured helps us to understand ourselves.

Examples of Birth Order and Gender Roles in Asia

In Korean society, for example, the eldest daughter in a family would be expected to contribute to the family. They may be expected, if the mother was away, to cook and clean and perform the role until the mother returns. Medina’s research (1991) indicated that the eldest unmarried daughter often takes on maternal responsibilities towards her younger siblings as a mother surrogate.

It is usual in East Asian societies for parents to give preferential treatment to males because the perception is that the return on investment is better (Parish and Willis 1993).

A similar experience was identified in Conley’s (2000) research where the structure of sibling groups, in terms of educational attainment in the family, was affected by a limited family budget and different academic expectations for boys and girls.

According to Barnett et al (1992) and Lamb (1997), fathers have been found to play a significant role in impacting on aspects of their son’s gender identity, mental health, and wellbeing and significantly influence the personality development of sons.

The Impacts of Birth Order

Personality traits have been found to correlate with birth order. A firstborn will naturally be raised with a mixture of instinct and other’s advice. This often causes parents to be extremely attentive and stringent with rules. This, in turn, may cause the child to become a perfectionist, always striving to please their parents.

They’re also diligent and want to excel at everything they do. As the leader of the pack, firstborns tend to be: Reliable, Conscientious, Structured, Cautious, Controlling, Achievers.

Due to their previous experience, a second child is often raised differently to the first. The parents might also be less attentive to each child since there is now two. Therefore, the middle child is often a people-pleaser due to the lack of attention they get in comparison to older siblings and younger siblings.

Youngest children tend to be the most free-spirited due to their parents’ increasingly laissez-faire attitude towards parenting the third, or fourth, or fifth … time around. The baby of the family tends to have the following birth order traits: Charmers, Risk-takers, Outgoing, Persistent, Ideas people, Creative, Challenge authority.

These traits however, may not be universal as there are many variables such as family size, socio-economic status, culture and so on which also impact personality traits.

Thus, birth order frequently has an identifiable affect on everybody. Once aware of how this may impact on our behaviour, we can take steps to improve ourselves. We are not slaves to our past.

Accredited Mental Health Social Worker, Catalina Nam has extensive experience in counselling including but not limited to: NDIS; veterans; migrants; disability; domestic violence; and seniors; and she has undertaken advanced training in Grief and Loss. Having moved to Australia from Korea in 2003, she has first hand understanding of the challenges of being a migrant.

To make an appointment with Catalina Nam, try Online Booking. Alternatively, you can call Vision Psychology Wishart on (07) 3088 5422.