With a substantial amount of research supporting a positive link between vitamin D deficiency and depression, this freely available nutrient could be part of your treatment plan.

Even though here in Australia we have an abundance of sunshine, well over 30% of people are classified as Vitamin D deficient, with levels of less than 50nmol/L. A healthy level is often considered to be up close to 100nmol/L, so there are probably a lot more deficient people than appreciated. This is possibly due to the successful “slip, slop, slap” campaigns to prevent skin cancer.

In northern countries, as many as 65% of inhabitants are deemed to be deficient due to their lack of exposure to UVB rays.

Although generally referred to as a vitamin, it is actually a steroid hormone synthesised from sunshine or obtained in the diet or by supplementation.

Why Vitamin D is Important for your Mood

For many people it can be difficult to fulfill their Vitamin D needs all year round through sun exposure alone as it depends on latitude, the season, time of day, length of day, cloud or smog, amount of melanin in their skin, and skin colour as well as their body’s ability to synthesise it effectively.

Other people, particularly those that spend most of their time indoors or avoiding going outdoors without sun protection or clothed from head to toe, are particularly at risk of vitamin D deficiency.

Likewise, the elderly who are less able to produce Vitamin D as they age and perhaps because they spend much of their time indoors, are at risk of deficiency.

But how much sunshine do you need? According to the National Institutes of Health some experts and researchers recommend between 5 and 30 minutes of sun exposure, especially between 10 a.m. and 4 p.m. daily or at a minimum of twice weekly. During this time, exposing your face, arms, hands, and legs without sunscreen will be suffice to synthesise adequate vitamin D.

However, whilst it is not ideal, it is possible to increase your Vitamin D levels through diet and/or supplementation.

How to include Vitamin D in your Diet

Whilst the best source of Vitamin D is safe sun exposure, there are a few foods that are natural providers of this nutrient, including:

Cod liver oil is considered to be a good natural source of Vitamin D with the added benefit of Vitamin A and omega 3s but it is best to also consider Vitamin K as it works alongside Vitamin D, helping to regulate calcium.

To get the dosage right, it is a good idea to find out what your current level is and then to liaise with your health professional to work out a suitable dose for you; more is not necessarily better with recent research reporting that a lower daily dose was more effective than a higher one.

If you’d like to find out more, and work with a nutritionist, I welcome you to make an appointment with me. 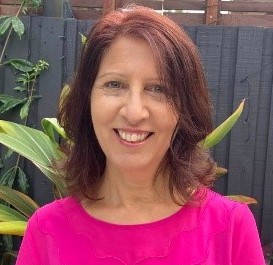 Beverley Dorgan is a Brisbane Clinical nutritionist with a special interest in how the foods we consume can impact on our mental health from anxiety and depression to OCD and behavioural or learning issues.