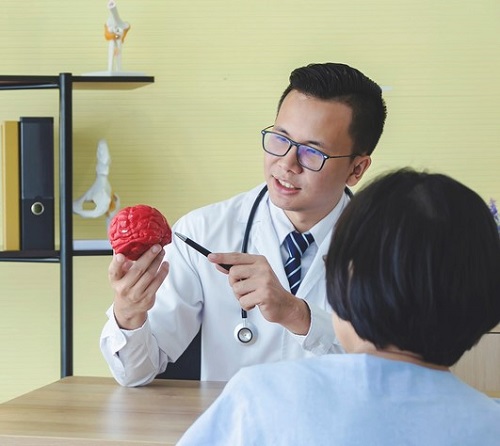 An acquired brain injury (or ABI) is damage which occurs to the brain at any stage of the life span after birth.

There are many types of acquired brain injury, including:

It is difficult to predict how many individuals have an acquired brain injury, due to the many different types. The Australian Institute of Health and Welfare estimated 1 in 45 individuals had a life restricting ABI.

Individuals aged 65 years or above were twice as likely to have acquired brain injury  which limited their everyday living. Males were also more likely to have an ABI compared to females.

It is also possible to have more than one acquired brain injury.  Many types of ABIs are linked with an increased risk of dementia and it is easy to see how any impairment impacting our physical ability, could result in a fall and another brain injury.

The severity of an acquired brain injury can range from those which take a few days/weeks to heal, to long-term comas and death. In between these are acquired brain injuries which result in long lasting effects such as cognitive and physical impairment. The severity of an ABI also depends on the individual and their circumstance; an ABI for someone who was reasonably healthy can be different to the same ABI to someone who was not.

Most people with an acquired brain injury require considerable medical support in the initial aftermath. This could be a visit to a General Practitioner or to the emergency department of a hospital.

What happens after that depends on the circumstances – some will require medication, in the short or long-term. Moderate to severe cases might require long term support from medical/health practitioners and other professionals who can help the individual adapt to life with an ABI, such as counsellors, psychologists, occupational therapists, and social workers.

It must be noted that treatment does not mean cure. Though long-term treatment can reduce symptoms to the point where others might not notice them, most individuals with acquired brain injury will notice the difference from how they were before the ABI occurred. This can be a source of distress which a counsellor or psychologist is trained to help with.

Work is an activity which is not only useful for covering living expenses, it also gives meaning to our lives. An acquired brain injury can change our relationship with work. Some individuals can return to work quickly, others take time, and others might need to change careers or stop work altogether due to the severity of their injury.

Adjusting to life with an acquired brain injury may be facilitated by talking to a counsellor/psychologist. They can also help you see your experience from a different view; as well as space to just be, and to grieve what was lost.