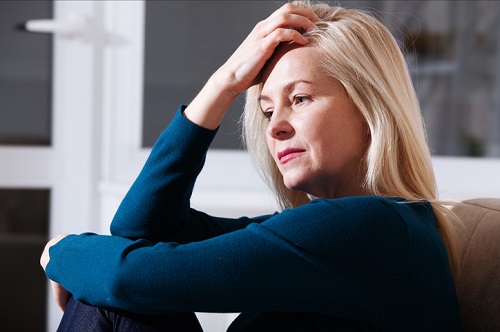 In recent years, domestic violence has been in the forefront of the news.

There has been an increase in awareness due to campaigns as well as due to the media coverage given to cases.

However abuse is not always as straight forward as being hit or shoved, called degrading names or yelled at. In fact, it can be very underhanded or subtle.

You may find yourself feeling confused about the relationship, restless, uneasy or like you are “walking on eggshells” all the time. This is the kind of abuse that often sneaks up on you as you become more entrenched in the relationship. I am referring here to psychological abuse, which is also known as mental or emotional abuse.

Psychological abuse occurs when a person in the relationship tries to control information, ideas or perceptions of the other person, with intent to manipulate that person’s sense of reality or themselves, or their view of what is acceptable and unacceptable. Psychological abuse often contains strong emotionally manipulative content and threats designed to force the victim to comply with the abuser’s wishes.

All forms of domestic violence or interpersonal abuse take a severe toll on the victim’s sense of self, his/her self-esteem or self-worth. The abused person starts feeling helpless and possibly even hopeless. In addition, most mental abusers are adept at convincing the victim that the abuse is his/her fault. Somehow, the victim is responsible for what happened.

A more sophisticated form of psychological abuse is often referred to as “gaslighting.”

This happens when false information is presented with the intent of making victims doubt their own memory, perception, and sanity. The victim often starts second-guessing themselves, and the abuser turns the tables by making him/herself the victim, to the point where the victim feels responsible and guilty. Examples may range simply from the abuser denying that previous abusive incidents ever occurred, to staging bizarre events with the intention of confusing the victim.

A common form of emotional abuse is “I love you, but…”. That may sound nice at first, yet it is both a disguised criticism and a threat. It indicates, “I love you now, but if you don’t stop this or that, my love will be taken away”. It is a constant jab that slowly strips away your self-esteem. Abusers get a lot of reinforcement out of using the word “love” as it seems to become a magic word to control you.

Emotional abusers play games in which they maintain control. For example, breaking you down, and then building you up a little.

The cycle of abuse is further maintained by giving gifts, affirmations, compliments or promises after they have been very abusive. In fact, it is rare for abusive relationships to not have these (often intense) moments of feeling good, overly sincere apologies or attempts to make up for the bad behavior. The victim clings to hope when these moments occur and the abuser knows this.

Examples of emotionally abusive behaviour include the following:

Why Didn’t I Realise My Partner Was Emotionally Abusive?

Victims of emotional abuse often blame themselves for the abuse, and for not realising that they are being abused. They often feel shame and embarrassment for “allowing it”.

However, they should note that emotional abusers are expert manipulators, skilled in getting you to believe that the way you are being treated is your fault. These people know that everyone has insecurities, and they use those insecurities against you.

Abusers can convince you that you do not deserve better treatment or that they are treating you this way to “help” you. They will also try to make you believe that others have abused you and that no-one will ever treat you any better than them.

Emotional abusers usually act quite charming and nice in public so that others have a good impression of them. However, in private, they treat you with no respect. This adds to the confusion and the guilt the victim experiences. “He/she is nice to others and not me, it must be because of me”.

If the above signs and phrases resonates with you, it is recommended that you consult with a professional to further investigate your relationship. It should further be noted that it would take a monumental amount of insight and motivation for the abuser to change. Unfortunately, this is rarely the case.

If you are in an emotionally abusive relationship, it is strongly recommended to consult with a professional to guide you through the process of getting out of the relationship, and to restore your self-esteem.