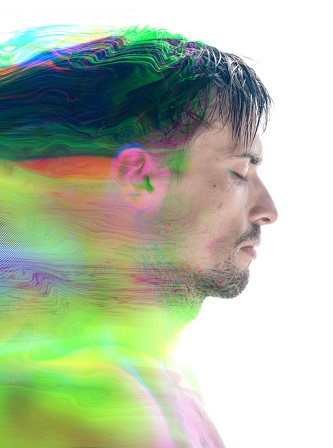 Cognitive Behavioural Therapy  (or CBT) is one of the most widely utilised psychotherapies, due to its strong success rates in psychological research.

One significant component of this therapeutic intervention is ‘cognitive restructuring’ – the individual’s distorted or irrational thoughts are challenged, and changed to more suitable core beliefs.

But let’s step back a minute and explore the theory behind Cognitive Behavioural Therapy, and the assumptions of cognitive psychology underpinning the approach.

Cognitive therapy was developed by Aaron Beck in the 1970’s however its roots go back to some of the earliest times in psychology, and even further to philosophers such as Aristotle and Plato.

The Assumptions of Cognitive Psychology

Cognitive psychologists however, declared that there was more going on – and that they had to take into account what was going on inside the mind.

This is one of the foremost assumptions of cognitive psychology. Essentially, it is believed that what the person was thinking, perceiving, remembering, learning and their attitude towards the stimulus, would all influence how the person behaved, and needed to be considered.

It is these cognitions that influence behaviour, as well as emotional and physiological responses that can become distorted, leading to the development of psychological distress that needs intervention by a therapist.

This may lead one to ask – how do they become distorted and what are the distortions that occur?

Cognitive psychologists state that the cause of cognitive distortions can be the result of biological, environmental and social factors.

Essentially, our beliefs and thought processes start to develop during childhood so this is when distortions can start to occur.

If a child comes from a loving and supportive home, they will believe “I am loved”, whereas if a child comes from an abusive home they can develop thoughts of “I am unloveable”. These thoughts can all develop into adulthood. Distorted thoughts can also develop when increased stress leads to maladaptive behaviours and goals, or when stressful physiological responses are paired with intense, stressful emotional experiences and are interpreted incorrectly.

So, what is an example of the assumptions of cognitive psychology at work? One that is easy to understand is panic attacks.

An Example: Treatment for Panic Attacks

Let’s say for example that Jane is suffering from Panic Disorder.

This would mean that her thoughts would be interpreting physiological responses to anxiety (increased heart rate, breathlessness, dizziness) with the belief that she will have a heart attack, stop breathing and die (this type of distortion is called catastrophising).

This in turn leads to an increase in anxiety and prolonged experienced of panic attack.

As a result, Jane will begin to avoid situations and environments in which she has experienced panic attacks in order to reduce the risk of panic occurring, but in turn limiting herself from interaction with the world.

As can be seen, her cognitions (thoughts, beliefs and attitudes) are influencing her behaviours, emotions and physiological responses as well as vice versa.

A psychologist utilising cognitive therapy, will work with Jane to challenge these distortions and educate her on panic responses, in order to reduce her experience of extreme anxiety.

Sharyn Jones is a Brisbane psychologist with 10 years of experience working with adults, adolescents and children and their parents. Using a combination of cognitive behavioural and solution focused therapies, she aims to facilitate positive changes in client’s lives so that they can achieve and obtain their desired goals.