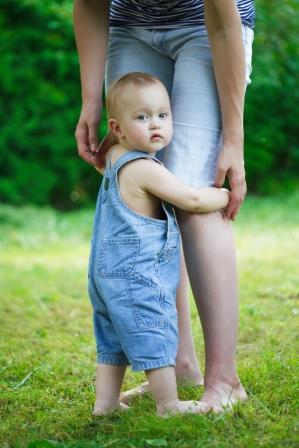 Interpersonal violence is on the rise in most of its forms.

During the 2018-19 reference period, an estimated 5% of Australians aged 15 years and over (992,900) experienced one or more selected personal crimes in the last 12 months, including:

In terms of the statistics for domestic violence, an estimated 1 in 6 women (1.6 million) aged 18 years and over had experienced violence by a partner since the age of 15, according to findings from the Australian Bureau of Statistics’ (ABS) 2016 Personal Safety Survey. These statistics are fairly steady since 2016.

Another report from the ABS states:

Behaviour associated with family, domestic or sexual violence may range in intensity and frequency from relatively minor incidents to serious offences that may occur once or have a cumulative effect over the course of time. A central feature of family and domestic violence, noted in the National Plan, is the ongoing pattern of behaviour by one partner to control the other through fear, such as the use of violent and threatening behaviours, and occurs between people who are in, or have been in, an intimate relationship.”

All forms of coercion in domestic violence involve control which is manifested through domination, intimidation and manipulation.

What Women Can Do

So how can women become more informed and discriminating and provide informed choices to protect themselves and their children?

On a background of increasing statistics on interpersonal violence, women and women with children need to become as informed as possible regarding choices to manage, accommodate, separate, establish and thrive in a society which affords them some protection but unfortunately not 100% protection in being safe and making the right decisions.

Some of that comes down to the individual to make the right decision at the right time with the best outcome. The time of leaving an abusive relationship can be one of the most dangerous times of all.

Apart from becoming informed, getting support and choosing a time to move away from violence, what are the danger factors?

1 – In the booklet “Safe from Violence” published by Relationships Australia the author states:

Many women don’t want the relationship to end – they just want the violence to stop.”

The question to ask is: “What is the tipping point? When do we say enough is enough?”. When we see the children suffering; when we can’t move forward with our lives; when anxiety haunts our every step? VicHealth (2004, p. 25) found that anxiety and depression represented the greatest proportion of the disease burden (27% and 35% respectively).

2 – When the time to leave has come, there are lots of places to look on the internet to look at a Safety Plan.

The support of a local DV service who may have funds to support you / provide legal assistance / help you re-locate and house you / provide you with a cheap but bug-free mobile phone – can be of enormous assistance to you.

Packing an emergency suitcase could include the following: money, debit and credit cards, forms of identification eg birth certificates and passports, lease, rental agreement, mortgage papers for your house, bank account details, insurance papers, any medication for you and your children, medical records, immunisation details, Medicare card, Centrelink information, legal papers and copies of Domestic or Family Violence Orders, clothing and personal hygiene items for you and your children.

See the booklet in point 1 for Creating a Safety Plan; but we have to be a lot more switched on regarding ways of control that may continue to be exercised through tracking and surveillance devices.

There are a lot of things to think about including:

3 – Spend time meditating and processing all this information, to make it as clear as possible in your conscious thought processes that you are doing the right thing.

You are the sum of all your thoughts, all your emotions, all your actions. You can do this. Your life stretches out before you with all its opportunities.