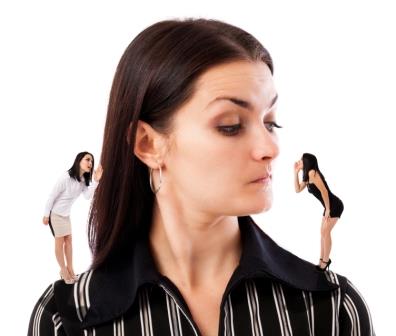 Sigmund Freud was an Austrian neurologist and one of the most influential and controversial thinkers of the twentieth century; his work helped shape our understanding of childhood, personality, memory, sexuality and therapy.

Freud was the founder of psychoanalysis and the psychodynamic approach, a school of thought that emphasises the influence of the unconscious mind on behaviour. Freud theorised that the human psyche (personality) is composed of three fundamental structures; the id, the ego and the superego. Conflicts among these structures, and the way we find a balance between what each of them ‘desires’ determines how we behave and approach the world.

The Id – is the completely unconscious, impulsive part of our psyche which responds directly and immediately to instincts. The personality of a newborn child is all id; only later does it develop the ego and the superego. The id operates on the pleasure principle, which is the instinctual seeking of pleasure and avoiding of pain in order to satisfy biological and psychological needs. An example of the id would be a baby who cries until he is fed.

The Ego – is the component of personality that is responsible for dealing with reality. It develops from the id and ensures that the impulses of the id can be expressed in a manner acceptable in the external world. The ego operates on the reality principle, working out realistic ways of satisfying the id’s demands, often compromising or postponing satisfaction to avoid negative consequences of society. An example of the ego in action is a boy who needed money, but decided not to steal the money from his mother because he did not want to get in trouble.

The Superego – is the component of personality that holds all of our internalised moral values which are learned from our parents and society. The superego is the last to develop, emerging at around 5 years old. The function of the superego is to control the id’s impulses (such as sex and aggression), and persuade the ego to turn to moralistic goals rather than simply realistic ones.

The second part of the superego is the conscience which includes information about things that are viewed as bad by our parents and society. An example of the superego functioning would be a woman finding a purse in the change room of a department store and taking it to the front desk in case someone is looking for it. She wouldn’t want to lose her purse and hoped that whoever lost it will ask about it at the front desk.

The interaction between the Id, the Ego and the Superego

One way to look at the communication between the id, the ego and the superego is by thinking of the id as the little devil that sits on your shoulder whispering temptations into your ear. The superego can be viewed as the little angel sitting on the other shoulder telling you to behave morally. The ego’s role is to mediate the demands of the id, the superego and reality.  If there is too much id, impulses and self-gratification take over. If the superego becomes too strong you would be driven by rigid morals and become judgemental in your interactions with the world.

According to Freud, healthy personality development requires a balance between the id and the superego.