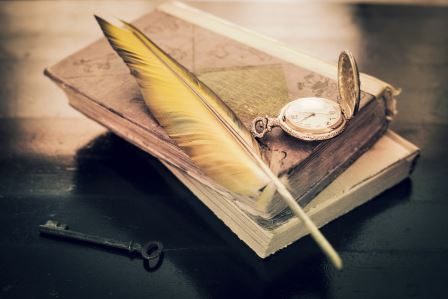 How was the DSM invented?

Throughout the history of medicine there has been a need for the classification of mental illness alongside physical illness. This has been in practice for more than 2000 years, yet the approach and impetus for doing so has differed. Significant differences have related to phenomenology, etiology and the defining features of the mental illnesses. Recording systems have also differed depending on the application of knowledge, for instance clinical practice, research, or within administrative settings.

The developmental history of the Diagnostic and Statistical Manual of Mental Disorders (DSM) and to the mental-disorders sections in the various editions of the International Classification of Diseases (ICD) can be traced back to Pre-World War II[i].

In 1840 a census was conducted in the United States to collect statistical information, this included the recording of instances of idiocy/ insanity.  Toward the end of 1880, seven mental health categories were defined: mania, melancholia, monomania, paresis, dementia, dipsomania, and epilepsy.

Then in 1917, the American Medico-Psychological Association, together with the National Commission on Mental Hygiene, developed a new procedure for the collation of mental health information; to this end mental health statistics were then collected from within mental health facilities. While this had a greater focus on the clinical application of mental health services, it still had an administrative classification function. Subsequently, APA collaborated with the NY Academy of Medicine to formulate a nationally recognized classification system which could then be used for diagnostic purposes with patients who have a severe psychiatric or neurological disease[ii].

Following this the US Army developed a more comprehensive classification system to accommodate outpatient services for veterans. This need was identified after many former servicemen presented with similar mental health concerns (e.g. psycho-physiological, personality, and acute disorders). Simultaneously, the World Health Organisation (WHO) published the sixth edition of the ICD which included mental disorders, as it was recognized many Veterans were experiencing difficulties on returning from war. The ICD consisted of 17 categories: seven relating to character, behavior, and intelligence, and 10 for psychoses and psychoneuroses. A variation of the ICD-6 was published in 1952, thus becoming the first edition of the DSM. With the use of diagnostic categories and the applicability of diagnoses’, this was specifically used for clinical use.  Within this edition there was regular use of the term “reaction”, this itself represented a reaction to Adolf Meyer’s psychobiological view that mental disorders represent a reaction of the personality to social, biological and psychological factors.

At this time there was limited acceptance of mental-disorders and mental disorder classifications within the ICD-6 and ICD-7. In response the WHO conducted a review of the classification system, this inspired many significant steps in terms of diagnosis – specifically the need for explicit definitions of disorders to assist in accurate clinical diagnoses. The following editions remained similar but removed the term reaction.

The APA taskforce assessed the current scientific research relating to psychiatric diagnoses and identified gaps in the research. Then in 2007, the APA formed a task force to review the various disorder areas; the DSM-5 was then published in 2013.

The DSM and ICD are efficient tools to assist with the diagnostic process, to provide concise communication between health professionals, and will also assist a practitioner in devising a therapy treatment plan. While there are many benefits in such diagnostic tools, consideration should also be turned to the drawbacks of diagnosing or “labeling”.

What does it mean to diagnose someone with a mental health label? What stigma can be carried with this label?

To adopt a relativist viewpoint, there is great diversity across cultural groups and professions’ as to what is defined as a mental illness or mental disorder. For instance, a sociologist or anthropologist will reject the notion of a mental disorder that is valid across all cultures, whereas the definition of a mental health diagnosis is limited to the cultural groups’ collective understanding of mental health. For example, Benedict (1934) claimed that in Siberia valued religious roles were assigned to people who hallucinate; whereas in other cultures people who hallucinate would be diagnosed as schizophrenic, thus highlighting the cultural nature of mental health diagnoses’.

In contrast in the western culture, the definition of mental illness adopted by mental health workers is that which is published in the DSM. Within the introduction of the DSM mental disorders are defined as a “syndrome characterized by clinically significant disturbances in an individual’s cognition, emotion regulation, or behavior that reflects a dysfunction in psychological, biological, or developmental processes underlying mental functioning”. In summation, no concept, particularly one as controversial and significant as a mental health diagnosis, can successfully be applied across all cultures and suit all peoples’ emotional experiences.