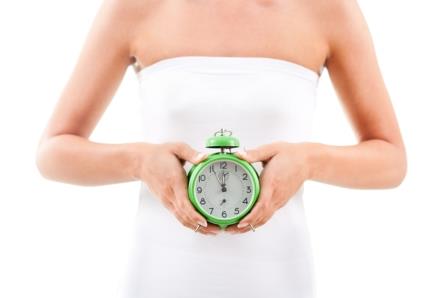 Understandably, the topic of menstruation, PMS, monthly moodiness, ‘that time of the month’ is a sensitive, delicate and often at times a controversial one. So the question of “Can PMS be a considered a psychiatric disorder?” is one which bears some careful thought and exploration.

Biologically we know that menstruation is not a new thing: women’s bodies have been doing it throughout the ages. The physiological mechanism and the biological function has remained unchanged from the beginnings of human existence. What has changed over the ages and across cultures is:

Culturally and historically, there have been some pretty interesting theories and views towards women and menstruation.  Even in modern, western society, women have largely been conditioned to keep such matters private and a certain level of shame persists. This is hardly surprising given a relatively recent history of menstruating women being considered everything from cursed, unclean, able to sour foodstuffs by their very presence, to render livestock infertile, to become pregnant with monster babies, to perform dark magic, and to cause leprosy.

Given such a murky cultural and historical background, and prevailing gender inequality issues which still exist – women are presented a dilemma and a conflict.  Monthly periods are often associated with a range of symptoms ranging from uncomfortable to downright debilitating.  Do we soldier-on stoically in shame, avoidance and denial with our suffering and symptomology?  Or do we speak up and risk being stigmatised, invalidated and negated? It is a tough one but one which the latest edition of the Diagnostic Statistical Manual of Mental Disorders (DSM-5) has weighed in on with some new classifications. The DSM and International Statistical Classification of Diseases and Related Health Problems are tools used to assist with the diagnostic process, to provide concise communication between health professionals, and will also assist a practitioner in devising a therapeutic treatment plan. While there are many benefits in such diagnostic tools, careful consideration should also be turned to the drawbacks of diagnosing or “labelling” people with mental health conditions.

So, what is Premenstrual Stress (PMS)?

The number, type and severity of symptoms experienced varies greatly between women and even for the same woman during their menstruating lives. When symptoms are present and problematic, this can impact on a woman’s relationship and quality of daily living. According to Panay & Fenton (2015) common physical, emotional and behavioural symptoms may include the following:

According to the (DSM-5) there are times when these symptoms can become quite severe and this is known as Premenstrual Syndrome (PMS), or the more severe Premenstrual Dysphoric Disorder (PMDD). According to the Mood Disorder Work Group for the American Psychiatric Association’s fifth edition of the Diagnostic and Statistical Manual of Mental Disorders – 5 (DSM-5), PMDD is said to affect 2 – 5% of pre-menopausal women. This is in significant contrast to PMS which is said to affect 40 – 75% of menstruating women.

While the above symptoms are quite common for women during their monthly menses, severe PMS and PMDD are said to be poorly understood, diagnosed and treated. In fact, medical professionals have brought into question the diagnostic and classification of these conditions. In recent times, PMDD has been moved to a full category in the Diagnostic and Statistical Manual of Mental Disorders – 5 (DSM-5). PMDD may also be included as a separate disorder in the International Statistical Classification of Diseases and Related Health Problems (ICD-11). Such a re-classification has received a great deal of attention as some mental health experts believe that the reclassification of PMDD and the language used around the diagnosis is misleading, and that the inclusion of PMDD within the DSM may stigmatize women as mentally ill rather than focussing on the core issue; with the core issue being that they are experiencing a natural aspect of being a woman.  Alternatively, other authors have taken the position that this classification legitimizes the physical and emotional distress. In this instance women who are experiencing physical, mental and emotional difficulties as a result of PMS or PMDD are more likely to receive effective treatment.

So what does all of this mean for women experiencing problematic symptoms around their period?

The use of charts or menstrual diaries are an effective way to monitor physical, emotional and behavioural symptoms throughout the month. Collating this information may be helpful prior to speaking with a health professional, as it may be found that women with PMDD will experience a period of time when they are symptom free between menses and ovulation. These fluctuations can be more easily identified and monitored when charted.

Despite whether PMS is physical, mental or emotional health condition, it is often helpful to remember that 50% of the population have been, or will be, where you are. If a woman is experiencing difficulty during her monthly menses, it may be beneficial to consult with a medical or mental health professional. When seeking assistance from a psychologist, they may provide support with emotional regulation, relationships, the additional anxiety that may be experienced during this time, or to just provide some emotional support when you may not be feeling your best.