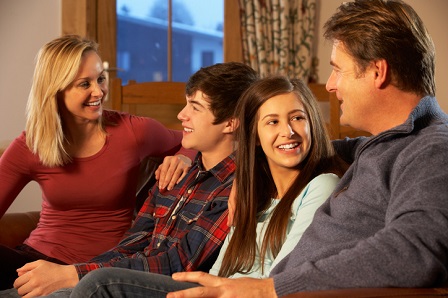 A world of contradictions: beautiful and stubborn, grown up but not quite there yet, savvy and naïve, vulnerable and daring, independent and yet in need of guidance – there is no easy way to explain the intense emotions and tumult of the teen years.

Technically the teen years start at around 13; before that, at 11 and 12 we have what we informally call the “tween years”. Anybody who has raised a child can tell you that “teenage” behaviour is not limited to the teen years, it can start much earlier when the child is still pre-pubescent.

Why do the Teen Years get such a Bad Rap?

When we embark on this journey called parenthood, we are warned to be aware of the “terrible 2s”, the “threenage” year, and, horror of horror – the TEENS!

We are socially conditioned to expect our homes to become a war zone and a battle of wills during that period of time. We all hear stories of how hard it is to parent a child in their teens, that girls are harder to parent than boys during that time, that “you will see”.

So, what happens during the teen years?

It is a time of continuous change and adaptation for both children and their parents as they evolve and grow, only to keep evolving and growing. It feels like the goalposts keep moving – but that’s because they are constantly moving.

Believe it or not, it is possible to enjoy parenting teenagers. But first, we need to understand all that is going on for our teens, physically, mentally and psychologically.

A Time of Growth and Change

During the teenage years your child’s body changes, both outside and inside, as they lose their childish features and develop into their grown up bodies. This development is not linear, for example, boys develop in height but not quite yet in muscle mass; girls don’t yet have the curves of a woman’s body; while both genders get pimples.

Both genders fully develop their primary and secondary sexual characteristics over several years, starting as pre-pubescents, all the way up to 17 or 18 years of age.

Hormones are probably the area most talked about when we consider the teen years ….

Moody teenager? Blame it on those hormones. You feel like you are living with a version of Jekyll and Hyde, because of those pesky hormones. One minute they are your sweet, cooperative girl/boy, next minute they disappear in a whirlwind of slammed doors and “you ruined my life” shouts, all because you prevented them from sending the 258th text at the dinner table.

I had my eldest daughter in the car on the way to the beach. Sour faced and grumpy, she refused to leave the car, complaining of all the things we made her do. Five minutes later she was running through the water, jumping, splashing and shouting, “This the best time ever! I never want to leave!!!”. Go figure … teenagers!

And boy, oh boy, those sex hormones start raging. This makes the young person ever so aware of their own developing body, as they constantly compare themselves to some idealised image – usually very unrealistic and airbrushed to perfection. At the same time, they find their “forever” person at least twice a week. Maybe not quite that often, but they do live and experience every romantic attraction at full intensity, which actually makes it feel like it’s going to last forever. Teenagers are full of passion and very impulsive, which does not make for a good combination – especially when it comes to sex.

Added to all the physical growth and development, our teens are experiencing a range of social and cognitive challenges, such as:

Belonging: Friends are the best thing ever, they can do no wrong and they are the only ones who understand them. Parents? Not so much, if anything they are these antiquated creatures that live to spite them, and thrive on embarrassing them in front of their friends. And, of course parents just don’t understand them and know practically nothing.

Peer pressure: Along with the desire to belong, comes peer pressure. Teens need to be part of their community, they crave acceptance and will do anything to get it. Do their friends drink on the sly? They feel compelled to do it too, otherwise they get ridiculed or excluded from their “tribe”. They need to establish themselves in the pecking order, they need to be validated and seen as being “cool” – somebody who’s interesting and exciting, and breaks taboos and rules – all of which lead to the well-known teenage reckless behaviour.

Reckless behaviour: In their defence, apart from engaging in dangerous activities (driving without a license, underage drinking, taking dares) to establish or affirm their status within the group, there is also a neurological explanation for their risk-taking behaviour (including unprotected sex). The teenage brain has not yet matured, and the area responsible for reasoning, making balanced decisions, inhibitions and putting the brakes on, known as the prefrontal lobe (part of the cortex), has not fully developed.

In fact, it does not fully mature until we reach our mid-20s. Scary thought, isn’t it? The maturation of the brain is a continual process, not a leap. Nobody wakes up at 25 as a fully mature and responsible adult. Rather, we learn and grow a little bit everyday – so take heart, things do get easier as your teenager grows.

Looking for their own identity: Teenagers are beginning to define themselves, and just who they are. They stop being X and Y’s daughter/son, and they start to establish themselves as an individual, with their own unique identity. There is the irony though, that often their quest to be seen as individuals, consists of copying the group they belong to. We can actually trace time eras by how teenagers look and dress: hard rock era, punk era, emo era etc.

Gaining an understanding of the world of your teenaged son or daughter is just the start – for more tips, you may like to read my article, “How to Enjoy your Teenager”. 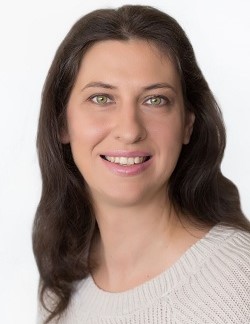 Brisbane Psychologist Alexandra Ellermann has extensive experience in working with children, adolescents, adults and families with a range of challenges, including surviving the teen years, as well as more complex conditions such as Autism Spectrum Disorder, ADHD, intellectual disability, developmental delays, trauma and abuse.