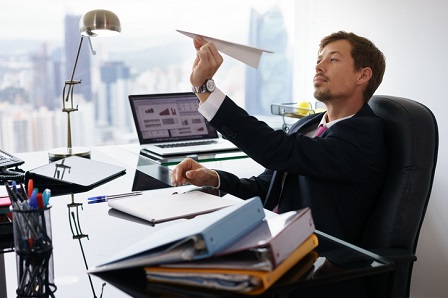 Procrastination is a very common human behaviour that is defined as a process where an important task that an individual has committed to, is put off in favour of a less important or more pleasurable alternative for no particular (or valid) reason.

This happens despite the consequences or possibility of not completing the task on time (Steel, 2007).

Whether we are aware of them or not, people have mental ‘rules’ or assumptions about themselves, others, and about how the world works. A majority of these rules are helpful in directing our thoughts and actions during the day.

However, some of our rules can be a lot less helpful and indeed cause a level of harm, suffering and dysfunction.

The Origins of Procrastination

Procrastination originates in our own, unhelpful rules about ourselves and how the world operates.

For example, a common such rule (and there are a few) is the ‘pleasure seeking’ rule. Those whose decision making and resulting behaviour is governed predominantly by this rule are driven to engage in activities deemed to be more fun or preferable to the task at hand. The underlying assumption may be that “life is just too short not to have fun” or “I can’t cope with the discomfort caused by tackling this job”.

Another common unhelpful rule is the ‘fear of failure.’ People with this underlying rule find it difficult to start a task, because their underlying belief is something like “whatever work I produce will be judged harshly, or reflect badly on me.” They can become so overwhelmed by a self-imposed demand for perfection, that it cripples them from making any kind of productive progress.

In the above examples it is clear to see that “task related effort” becomes associated with negative outcomes and unpleasant feelings. Procrastination represents our attempts to avoid these unpleasant sensations.

Since we naturally don’t want to feel bad, individuals will make an excuse as to why they can’t work on the task right now. This relieves us of the bad feeling and makes us feel good, because we have just aligned ourselves with our (unhelpful) underlying rules and assumptions.

Individuals then go on to complete other ‘procrastination activities’ that are more pleasurable or require less effort than the task at hand.

This subjective cost-reward balance can at times switch very abruptly for an individual, and result in a mad, frenzied dash of work at the last minute to save themselves from the negative outcomes of failing to complete a task on time or to standard.

Even when someone is able to complete the task under these time-pressured conditions, there are generally other negative consequences attributable to patterns of procrastination, which may include how they view themselves, as well as how they are viewed by others.

The Consequences of Procrastination

Procrastination can have serious impacts on emotional and social wellbeing.

High levels of stress when attempting to complete tasks, or failure to progress in valued directions in life, can trigger patterns of shame, self-blame, hopelessness, powerlessness, anxiety and guilt.

People commonly report feeling trapped in the cycle of procrastinating, stressing out, feeling guilty and then promising that next time it will be different or that next time ‘I will do better.’

Research into procrastination has also found a consistent link between procrastination and increased levels of depression, higher levels of stress, greater anxiety and a reduction in satisfaction regarding individual income and work situations (Beutel et al., 2016).

The Impact on Others

Understanding and Overcoming Procrastination and Why a Psychologist Can Help

While it is all well and good to talk about these rules, assumptions and excuses, it is important to remember that without special attention to what is going on, this procrastination cycle can be happening very quickly and without specific thought or choice on the part of the individual.

People who frequently procrastinate often report that they don’t know how they ended up doing these procrastination activities, ‘it just happened.’  Others have reported that it feels like an invisible force, pushing you away from the task and towards almost anything else but what you should be doing.

Whether it is conscious or unconscious, procrastination is a learned response, which can be overcome through a process of unlearning and relearning. This may involve for example:

A trained psychologist can help you to adjust your own unhelpful rules and assumptions and tolerate the discomfort felt when approaching tasks. They can also teach you how to identify and address your procrastination excuses, and provide a range of practical strategies that can be used to break the procrastination cycle.

What if it isn’t Procrastination?

Symptoms of procrastination are often very similar to those of depression.

Behavioural changes, such as not being able to finish enough work while studying, or finding it difficult to concentrate on the task at hand, are very common in clients with depression (Beutel, 2016).  These behavioural changes are normally accompanied by feelings of frustration, guilt or irritability and people often report thinking ‘I’m a failure’ or ‘I am hopeless.’

Consulting with a psychologist is a helpful way to ensure that your procrastination symptoms are not indicative of a more serious difficulty. If you would like additional information on Depression, click here to find out more.