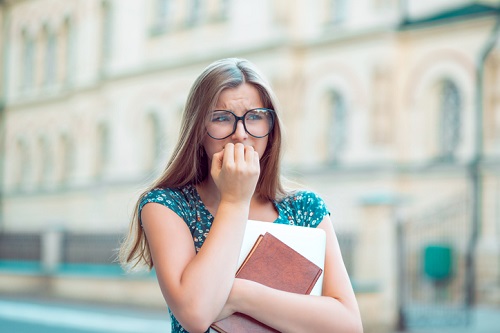 Up to 5% of the Australian population will experience a panic attack at some point in their lives, however this does not mean that they have, or will have panic disorder.

Panic attacks can occur in the context of any mental disorder and some medical conditions, with the majority never meeting the criteria for panic disorder.

What is a Panic Attack?

A panic attack is a sudden rush of intense fear or discomfort that reaches a peak within minutes, and is accompanied by four or more of the following symptoms:

The frequency of panic attacks can vary widely.

There are two characteristic types of panic attacks: unexpected and expected.

Unexpected attacks are those for which there is no obvious trigger at the time of occurrence, for example, when relaxing or waking from sleep.

Expected panic attacks are attacks for which there is an obvious trigger, such as situations in which panic attacks have occurred.

How is it Diagnosed?

For a diagnosis of panic disorder, more than one unexpected full-symptom panic attack is required, followed by one month or more of persistent worry about having more panic attacks, and/or the individual changes his or her behaviour because of these attacks.

These worries about recurring panic attacks usually pertain to physical concerns (eg that you may have a life threatening illness), social concerns (eg embarrassment or fear that others will negatively judge you because of the visible symptoms), or mental functioning (eg losing control and “going crazy”).

Changes in behaviour refer to attempts to avoid or minimise panic attacks and their consequences, for example, restricting usual daily activities such as exercise due to fear of an increasing heart rate, avoiding certain situations and places such as using public transport or shopping, or re-organising daily life to ensure that there is help should you have a panic attack.

Although stressful situations can commonly trigger sudden overwhelming fear, recurring and unexpected panic attacks could be a sign of panic disorder.

While there is no one single cause, a number of factors are thought to contribute to developing the condition. These include:

How can a Psychologist help?

Psychologists are trained in evidence-based interventions, which are effective in resolving the condition.

Psychological-based treatments for panic disorder often involve psycho-education on the thought-anxiety connection, and the fight-flight arousal accompanying anxiety, as well as exposure therapy.

In exposure therapy, a safe environment is created in which to ‘expose’ you to the things you fear and avoid. Individuals with panic disorder who are sensitive to physical sensations can often misinterpret the sensations as indicative of a physical illness, thus may start to avoid situations, activities or places they believe put them at risk of experiencing feared sensations. As such, treatment might involve simulations of symptoms of high arousal to learn that your fears do not come true, helping you to learn that your physical sensations no longer make you anxious.

In some cases, panic disorder is due to anxieties piling up, but never being effectively processed. Therefore, in addition to exposure, treatment might include helping individuals identify, challenge and establish more adaptive thinking patterns, and learning relaxation strategies.

If you have experienced panic-like symptoms and feel that it has affected your work, school, personal life, or relationships, you may benefit from seeking support from your GP and/or a mental health professional. A psychiatrist or GP can also offer advice regarding whether medication might be beneficial, and determine whether your symptoms may be accounted for by a medical condition.

Please Note: Katherine Vuong is not currently practising at Vision Psychology, however if  you call us on (07) 3088 5422 we would be happy to suggest another therapist at our practice with experience in this area.