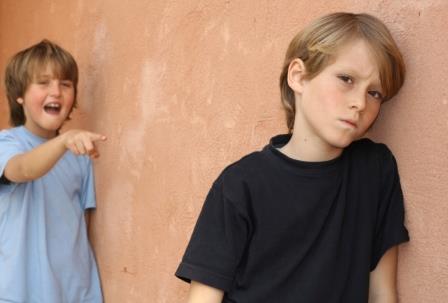 Bullying and victimisation has plagued schools for centuries, and is present in every country.

Studies in Italy and Britain have reported that 56.5% of children were victimised in the year prior; in Australia, results also support the extent of bullying and victimisation with one study showing that only 42.4% of students had no involvement in victimisation or aggressive behaviour.

Why Look at Personality?

Longitudinal studies have revealed that bullying is a behaviour that is stable over time. For example, one study found across a ten year time span that aggression scores at age nine were predictive of aggressive behaviour at age 19 for both males and females.

When exploring why this stability over time exists, factors commonly explored as potential causes fall into two categories:

Personality is a factor that when explored can help psychologists understand why certain individuals behave in specific ways under certain environmental circumstances, compared to other individuals who, when exposed to the same environmental constraints, behave differently.

What Does the Research Say?

Another theory that has conducted some research into aggression, victimisation and personality is Gray’s Reinforcement Sensitivity Theory. This theory holds that two systems drive motivated behaviour; the Behavioural Activation System (BAS) and the Behavioural Inhibition System (BIS).  The BAS is essentially an assessment of an individual’s sensitivity to reward and approach behaviour. The BIS on the other hand, assessed punishment sensitivity and inhibition of approach behaviour.

Is my Child’s Personality making them a Target?

This can leave a parent wondering what this means for their child if they were to show these personality traits. Does it mean that they are going to be bullied, no matter what?

The answer is that human behaviour is a lot more complicated than that. Having a specific personality trait does not predestine a child to be a victim of bullying. Recall earlier it was said that two factors influence human behaviour, so family and school environment will also influence a child’s response to bullying. What are the parents teaching their child to do when they encounter a bully? How should they handle the situation? How is the parent supporting their child to build a positive sense of self-worth and self-esteem? What is the school’s bullying policy? How as a community at large do we approach bullying behaviour? These are all questions that we can reflect on that will influence whether a child becomes a victim of bullying – or not.