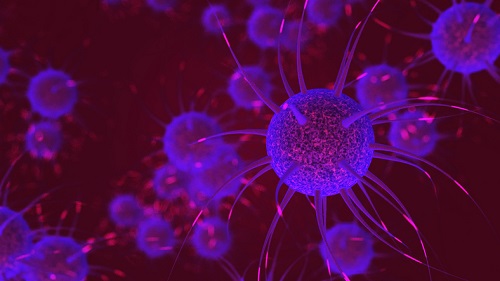 Epilepsy is one of the world’s oldest recorded medical conditions, with detailed descriptions of the condition dating back as far as 2000 BC.

Epilepsy comes from the Greek word “epilepsia”, which means “to seize, possess, take control of”. This describes not only what occurs physically to the patient, but if we take a step backwards we can see how the condition literally “takes control” of the person’s social, occupational and mental wellbeing.

Approximately 3-3.5% of Australians will be diagnosed with epilepsy at some point in their life, with over 250,000 Australians currently living with the condition. Worldwide, there are 65 million people with epilepsy.

Epilepsy is a brain condition involving convulsive or non-convulsive seizures.

There are many seizure types that occur with a range of different causes, for example structural abnormalities, stroke, brain infection or brain injury.  In 50% of cases however, the cause is unknown.

So what is a seizure? To put it simply, a seizure is a misfiring of the nerve cells in the brain which creates sudden, uncontrolled electrical activity. This causes communication between the nerves to become scrambled and confused, resulting in abnormal movement, behaviours and feelings. Seizures are episodic and unpredictable.

Research has shown that patients with epilepsy are 2-3 times more likely to develop depression or anxiety conditions than the general population. This statistic is even higher for individuals living with uncontrolled epilepsy.

Depression and anxiety have an impact on the patient’s likelihood of having a seizure, and cause difficulties with treatment adherence and general quality of life.

What is alarming however, is that the risk of suicide increases by five times for individuals with epilepsy, thus showing the importance of awareness of mental health conditions in this population group.

What researchers have discussed and results have shown strong support for, is the physiological presence of depression in patients with epilepsy. Similarities between symptoms of epilepsy (fatigue, depressed mood before and after seizure) and side-effects of anti-convulsant drugs can make it difficult to identify depression and anxiety, and for this reason they are sometimes missed by practitioners.

Apart from the physiological contributors to mental health conditions in patients with epilepsy, there are social and demographic factors that can also play a part. For example, the patient’s perception of the illness is significantly associated with their likelihood of developing depression, their quality of life, and their ability to essentially cope with the illness.

One of the most significant factors that contributes to depression in individuals with epilepsy is that of stigma.

Stigma refers to a mark of disgrace upon a person with a certain characteristic, in this case, a patient suffering from epilepsy.

Unfortunately, the disease is associated with a number of myths which often result in discrimination and stigma from the public. According to one study roughly a third of people with epilepsy were stigmatised, resulting in low self-esteem and high anxiety, as well as an increased risk of developing depression.

Significantly stigmatised environments also reported high levels of unemployment, and were more likely to have uncontrolled seizures, financial stress and social isolation. And of course these are all factors which in turn contribute to the development of depression and anxiety.

Research has shown Cognitive Behaviour Therapy (CBT) to be effective in treating depression and anxiety in people with epilepsy, with results indicting a significant reduction in depression, anxiety and negative automatic thoughts in individuals who had undertaken CBT.

Mindfulness-based therapies have also shown to have a significant impact in treating mental health conditions in people with epilepsy with one study showing significant deterioration in anxiety and significant improvement in quality of life after receiving treatment.

Sharyn Jones is a Brisbane psychologist with 10 years of experience working with adults, adolescents and children and their parents. Using a combination of cognitive behavioural and solution focused therapies, she aims to facilitate positive changes in client’s lives so that they can achieve and obtain their desired goals.