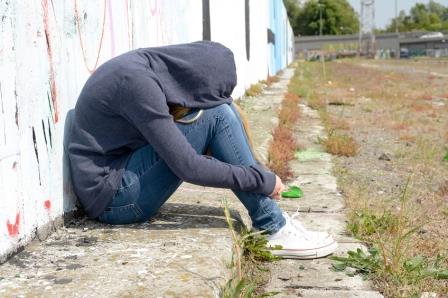 How prevalent is depression in Australia, who is most likely to be affected, and how is it treated? Brisbane Psychologist Paul Carver presents the facts about depression.

Depression is very common, with 20.8% of the population estimated to experience depression in the course of a lifetime (1).

For young people the figures are worse. In a May 2016 Guardian article, former Australian of the Year, Professor Patrick McGorry, said that in Australia mental illness contributed to about 50% of the poor health experienced by young people.

Depression and Suicide Rates in Australia

Again in the Guardian (9 June 2016), Professor McGorry noted that “suicide rates have become a king tide, more than double the road toll”. Every year in Australia, there were 12 000 deaths due to suicide caused by medical or mental illness. By contrast, 3 000 people died each year from breast cancer and 4 000 from bowel cancer.

The fact is, depression and accompanying suicide are a huge national health problem. While occasional suicidal thoughts are common for those experiencing depression, daily ideation is a serious warning sign, and help should be sought immediately.

Medication is faster acting than therapy, taking up to 14 days for any effect to be felt, so it is good in crisis situations.

On the other hand, studies of cognitive behavioural therapy (CBT) show that although it is not as fast acting, it is just as effective as medication and the results are better long-term. This is because therapy gets to the cause of the problem, and therefore relapse is less likely when treatment is discontinued.

The hope with medication is that when the patient feels better, s/he will see life in a more positive light, but unfortunately that does not happen in the majority of cases. Studies report high relapse rates of 66-80% (2) after discontinuation of medication; consequently, many medical professionals have to entertain long-term drug use so that relapse does not occur.

In only a small percentage of cases (12-20%) do people relapse after therapy (3), an indicator of the efficacy of psychological strategies in the treatment of depression.

The fact that a person has had depression once, does mean that s/he may be more vulnerable to a future episode (4).

A specialist therapy has been specifically designed to prevent relapse, called Mindfulness-Based Cognitive Therapy or MBCT (5).

It is worth noting however, that if a person is depressed, mindfulness can make the depression worse, so this therapy is introduced only after treatment with CBT has been completed. It is designed as an effective early warning system for possible relapse.

A common question is whether a combination of therapy and medication is more effective than either alone. Studies show that any increase in efficacy is either zero or modest (6), except for inpatients with depression who benefit more from the combination (7). However patients prefer therapy (8) as they can see the connection between life circumstances and depression.

Why is Therapy So Effective?

A workable generalisation is that a depressed mood is caused by our thoughts. Aaron Beck, the creator of CBT, discovered that depression was caused by a negative view of self, a bleak view of the world that surrounds us (job prospects, friends/relationships, living situation) and a bleak view of our future (9).

Acute (or reactive) depression is the depression that results from reaction to a bad life experience. If we have a bad life experience it can change the way we think about things, or our cognitive style. So for example, if someone was to fail to get the job that they had studied and worked so hard for, they may think “I will never get a job I really want”.

Chronic depression is the term given to depression that has an earlier age of onset. With this type of depression, people often report that they have been depressed as long as they can remember. Memories of being depressed in adolescence are common. The cause is usually found in childhood upbringing and the course of treatment for chronic depression is longer.

Depression can result from factors other than negative self-appraisals.

No matter how supportive our thinking is, there are circumstances that can be depressing, because they carry an ongoing burden of suffering – for example, two or more chronic illnesses at the same time, or chronic pain. Psychological strategies are very important in coping with these demanding circumstances in order to prevent depression.

In addition depression can be caused by interpersonal conflict, and when people stop doing the very things that made life worth living.

Depression is also frequently co-morbid or accompanies other psychological difficulties, such as anxiety disorders, addictions, and eating disorders.

For acute or reactive depression, CBT is very effective, as is MBCT to prevent relapse.

Schema Therapy is a type of CBT that works better for chronic depression, where causes lie in childhood. This is because it takes into account critical experiences such as abandonment, mistrust, abuse, neglect, and emotional deprivation.

For those who are carrying significant burdens (such as chronic illness or pain), psychological strategies are vital.

In the case of people who have for some reason or other stopped doing the things they used to love, a therapy called Behaviour Activation is effective.

The first line treatment for Bipolar Disorder is medication, as this illness is seen primarily as an imbalance in neurological biochemistry.

However adjunct psychological therapies are recommended, because bipolar episodes can be triggered by interpersonal conflict, irregular sleep-wake patterns and psychological stressors. 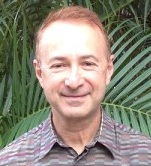 Paul Carver is a Brisbane psychologist with a very wide range of experience, focused on bringing the very best evidence-based treatments to his clients. He is experienced in the use of CBT, Behavioural Activation, Schema Therapy including use of the YSQ (a sizeable questionnaire that  is very helpful in revealing early childhood patterns and beliefs), IPT and MBCT for depression, as well as adjunct therapy for Bipolar Disorder, and chronic illness management.