Are you worried about the eating behaviours of someone close to you, and are not sure what to do?

Did you know: The single biggest risk factor for developing an eating disorder is dieting?

Other risk factors can include a family history, societal influences or pre-existing conditions such as anxiety or depression.

The Truth about Eating Disorders

There are a number of common misconceptions around Eating Disorders such as:

Not all Eating Disorders result in people being extremely underweight. Some people can maintain a normal weight but engage in unsafe dieting practises.

The most common Eating Disorder is actually Binge Eating Disorder. This is where a person would eat more than most people in a similar period. Often people with this disorder consume large amounts of food alone, eat when not hungry and feel unhappy, guilty, ashamed or depressed afterwards. Episodes typically occur at least once a week for three months and are NOT followed by compensatory behaviours such as vomiting or purging. People with this disorder may do this because of hunger from strict dieting, or may be triggered by body image or weight concerns.

Myth 4: People with eating disorders are only focused on their looks.
FACT: Behaviours associated with the Eating Disorder often serve a function in the person’s life, such as numbing their emotions or helping them to manage a difficult situation.

People with Anorexia Nervosa for example have an intense fear of gaining weight. They may have strict rules around food and exercise and may genuinely perceive their bodies or weight differently to how others see them.

Myth 6: My adolescent’s eating behaviour is just part of normal teenage development.
FACT: Ignoring Eating Behaviours at any age allows the disorder to take hold of the person. The earlier the intervention the more chance the person has to recover. 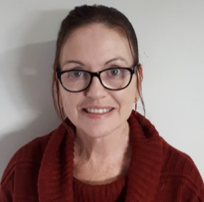 Maree is a Mental Health Accredited Social Worker with experience and training in treating adults and children affected by Eating Disorders.