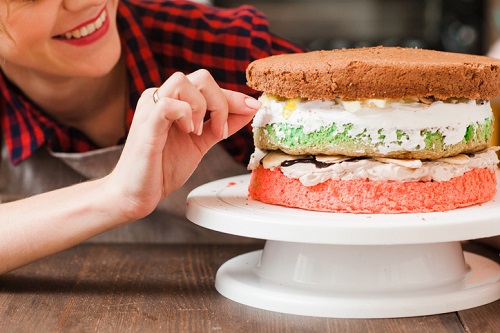 The term “eating disorders” refers to a range of mental health conditions where disordered eating patterns cause a range of psychological and physical symptoms.

Eating disorders occur for many reasons and are greatly influenced by beliefs around self image, and misdirected attempts to use diet to moderate distress.

Eating disorders affect about 4-16% of the population over 15 years of age, and all individuals with disordered eating patterns are at risk and should be offered treatment. In Australia 1.2 million are living with an eating disorder: 83,000 have anorexia; 120,000 have bulimia; 1 million have a binge eating disorder.

Eating disorders have one of the highest mortality rates of any mental illness. Males do experience eating disorders as well, but often have a different experience and may focus instead on performance issues around exercise, and often they do not present for treatment for many years.

There are several categories of eating disorders in our current DSM-5:

Most people (55%+) who experience an eating disorder will also have other mental health conditions such as depression, anxiety, trauma, personality vulnerabilities, body dysmorphia and some may misuse substances.

Research has found no specific causes for eating disorders, but instead there is an array of environmental factors that cause an individual to feel distressed. The eating disorder develops in response to managing distress through a focus and obsession around food, and behavioural changes in the way those with an eating disorder eat or manage food, and how they think about food.

Those with eating disorders will require a treating team that also helps to rule out other common misdiagnoses such as IBS, food intolerances, abdominal pain, hormonal disorders, candidiasis, allergies and chronic fatigue.

There are a number of risk factors that may lead to a person becoming vulnerable to eating disorders. These include:

What can Protect/Help Those with Eating Disorders to Recover?

There are also many factors that help.

Having the ability to communicate assertively, positive self-esteem, feeling supported in peer and family relationships, self-direction, self-awareness, motivation to change, cognitive flexibility, the desire for independence and hope for the future are all helpful factors that can positively influence recovery.

When does Dieting become an Eating Disorder?

Eating disorders should be considered when an eating behaviour becomes clinically significant, interfering with the individual’s ability to function normally in work, social or psychological wellbeing.  It is also important to consider the cultural or social or lifespan stages with regards to what is “normal”.

About 75% of teenagers are unhappy with their appearance and 50% are dieting. Dieting is the single biggest factor that can lead to an eating disorder.

Dieting behaviours can often lead to fasting, use of diet pills, laxatives, crash diets, over-exercising and less commonly, vomiting. It is the repetitive engagement of these behaviours that leads to disordered eating. Take note that it is fasting for “weight loss” that is the issue, which is different to cultural or faith-based fasting where groups engage in reduced eating together.

Family may be concerned about their child or teenager having an eating disorder, but it can be difficult as young people may hide the behaviours, and sometimes it may only be when they look thin, pale or have a low energy that others can identify that something might not be right.

What are the Recommendations for Treatment?

Early intervention, assessment and treatment should be offered at the earliest opportunity. Ideally the sooner treatment commences the better the prognosis.

Severe weight loss makes engagement with therapy and treatment difficult and will often cause a referral for a hospital admission. Treatment will involve a team including the GP (primary coordinator of all health services), Dietitian (educate and plan food intake), Psychiatrist (Diagnosis, Therapy and Medication management especially for complex histories), Psychologist (delivery of therapy such as IPT, CBT or DBT for the conditions referred).

Ideally it is helpful for those with weight disturbances, fear of gaining weight, dieting or eating abnormalities to self-refer to review what is healthy or not, and even if a label or disorder is not diagnosed the likelihood of preventing an eating disorder is higher if someone intervenes early.

The Importance of Early Intervention

Often those with eating disorders will present to healthcare professionals with an array of other complaints that are not easily identified as disordered eating patterns. Remember, early intervention can prevent an eating disorder.

Common ways of describing symptoms of an eating disorder include:

In younger children the usual key symptom is marked malnutrition or starvation, which is different to adults. Children may have body image issues or may have different symptoms from adults, and rather than having a focus on food they may avoid foods or become so fussy that a normal diet cannot be maintained.

If you or a loved one are concerned about disordered eating, please book me in for an appointment or a free emotional health checkup.

Vivian Jarrett is the Clinic Director at Vision Psychology in Wishart and M1 Psychology at Loganholme. She is passionate about providing high quality psychology services to Australians from all walks of life.